Two days after a leaked Supreme Court draft decision showed it likely to overturn Roe v. Wade, hundreds protested in downtown Indianapolis. It was one of many protests, across the country.

As it got going, an estimated 300 people gathered Wednesday night on Monument Circle with noise makers and signs. Most were pro-abortion rights activists. Many held signs with phrases like, “protect Roe v. Wade” and “my body, my choice.”

Good evening! @syddauphinais and I are at the Monument Circle in downtown Indy for the “Defend Roe Emergency Rally.”

So far it looks like roughly 150-200 people are here. pic.twitter.com/rkompg44jg

Jessica Louise is an organizer with Indy10 Black Lives Matter. She says she believes the best way to make your voice heard is through grassroots efforts.

“We’re making sure that they know that we expect to be protected, and we expect for them to do their jobs as it relates to us,” Louise said, wearing a Black Lives Matter shirt. “So that at the state level, we need them to take control because the federal level hasn't.”

Protesters formed a partial circle around part of the monument, in an attempt to keep abortion opponents away. Some counter protesters tried to charge the crowd, while abortion rights supporters gave speeches, but they were blocked.

Counter protester Carmen Zakrajsek is with Students for Life, a national anti-abortion nonprofit.

“As a feminist, I believe that abortion is inherently misogynistic, and we need to protect the lives of these pre born women as well," Zakrajsek said.

Members of the two groups yelled at each other throughout the evening but were largely nonviolent.

Abortion is legal in Indiana. If the court overturns Roe v. Wade, that would allow states to totally ban abortion – without exception – and criminalize it, and Indiana lawmakers asked Gov. Eric Holcomb to call a special session once the Supreme Court rules.

Holcomb won’t say whether he’ll do that. He says all options are on the table and he’s waiting for a final decision from the nation’s high court.

The court’s decision is expected this summer. 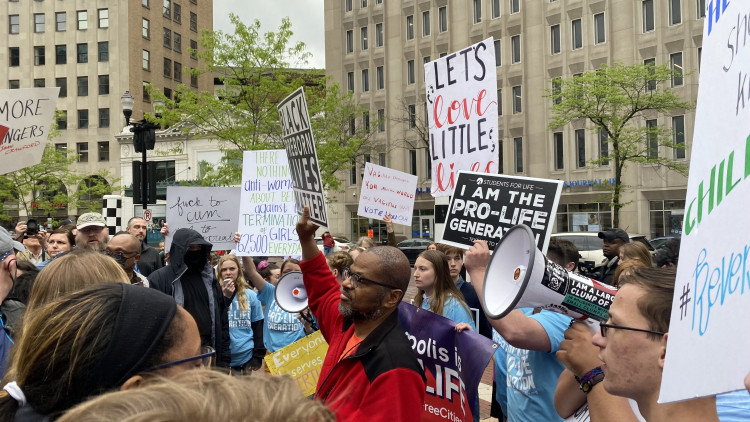 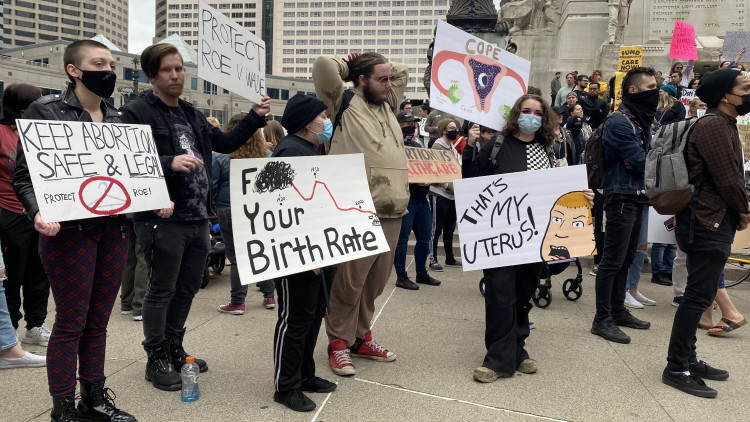 Tags:abortion rightsIndianapolisprotestRoe V. WadeU.S. Supreme Court
Support independent journalism today. You rely on WFYI to stay informed, and we depend on you to make our work possible. Donate to power our nonprofit reporting today. Give now.