Advocates Announce $100K Campaign Against NRA Ahead Of Convention, Trump VisitEverytown For Gun Safety and Moms Demand Action announced a $100,000 advertising campaign against the National Rifle Association during its annual convention in Indianapolis.urlNRA, Everytown For Gun Safety, Moms Demand Action2019-04-24T00:00:00-04:002019-04-24T00:00:00-04:00

Everytown For Gun Safety and Moms Demand Action announced a $100,000 advertising campaign against the National Rifle Association during its annual convention in Indianapolis.

Everytown For Gun Safety President John Feinblatt says his organization wants to highlight the difference it sees between the NRA and its base.

“The NRA’s agenda is not just unpopular nationally, but it’s unpopular among Hoosiers,” he says.

Both President Donald Trump and Vice President Mike Pence will speak at the NRA convention on Friday.

“My message to the president would be that he really needs to listen to American voters,” Feinblatt says.

This will mark Trump’s fifth time speaking at the annual convention.

Tags:NRAEverytown For Gun SafetyMoms Demand Action
At WFYI, our goal is to cover stories that matter to you. Our reporting is rooted in facts. It considers all perspectives and is available to everyone. We don't have paywalls, but we do need support. So if unbiased, trusted journalism is important to you, please join us. Donate now.

Boy, 8, Dies After Shots Fired Into House In Indianapolis

The boy was shot shortly after 11 p.m. Tuesday and pronounced dead at Riley Hospital for Children. Police say "numerous" shots were fired into the house from the street on the city's northeast side.
Read More

The FBI is warning people to watch for scams targeting federal stimulus payments tied to the coronavirus outbreak. Last week, the federal government passed legislation that would provide checks to most Americans for as much as $1,200.
Read More

A new federal law gives states the ability to open up their unemployment insurance benefits to self-employed workers. But it could take weeks before Indiana receives guidance on how to actually implement that change.
Read More 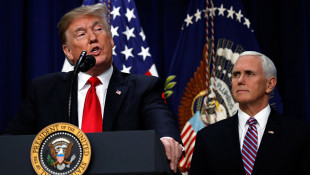 Pence To Address NRA Meeting In Indianapolis With Trump