‘They should be embarrassed’: Advocates criticize Indiana Senate for 0-50 vote on special education bill

In a rarely seen display of opposition, the Indiana Senate voted 0-50 this week to kill a piece of legislation that would have changed the way special education disputes between families and schools are resolved.

Sen. Dennis Kruse (R-Auburn) sponsored the legislation but didn’t plan to call it down for a vote on Tuesday because he knew it would fail. But Kruse said he was urged by Senate colleagues to bring House Bill 1107 to the floor. Some lawmakers switched their “yes” votes to “no” votes until only one “yes” remained: Kruse.

Laughter could be heard in the chamber as other lawmakers yelled at Kruse to change his vote to a “no”. He eventually did. Kruse said he felt peer-pressured. No senators spoke on the floor to explain their vote.

“I felt defeated … It's kind of an embarrassment for me to have a bill, you know, fail zero to 50,” Kruse told WFYI in an interview Wednesday. “So I kind of had hurt feelings myself.”

The bill garnered bipartisan support in the House and passed through that chamber 57-33. The legislation covered multiple education-related issues, but the most controversial components included language that would shift the burden of proof in special education due process hearings from parents to schools in certain situations. Another provision would have barred schools from requiring parents to sign non-disclosure, non-disparagement or confidentiality agreements as a condition of a special education settlement.

WFYI previously reported that most requests for due process are settled before they reach a hearing. Many of those settlements contain NDAs that bar families from speaking openly about their experiences and the special education services their children received under these agreements.

Superintendents and special education administrators testified against these parts of the bill in both House and Senate hearings.

The language that would have shifted the burden of proof from parents to schools was stripped from the bill during a committee hearing last month. The bill could have been amended further on the Senate floor to remove the NDA language, but Kruse said his colleagues wanted to vote against the version of the bill that the committee approved.

“They felt they needed to defeat the bill soundly, so it will not be brought back later,” he said.

Kruse said the non-controversial components of the bill, including a database that would have tracked injuries to teachers by students on school grounds and a study about providing child care on community college campuses, were “casualties” of the legislative process. Kruse hoped to revive those components of the bill in the conference committee, which is the last opportunity to work on legislation during the session.

But legislative rules will likely prevent lawmakers from considering the language because it was soundly defeated in the Senate.

Kim Dodson, CEO of the Arc of Indiana — a group that advocates on behalf of individuals with disabilities — helped craft the legislation. Dodson said the bill was given short shrift in the Senate. During the committee hearing, lawmakers were instructed not to ask questions during testimony in an effort to make more time for another bill on the schedule, the immensely controversial curriculum legislation: House Bill 1134.

“And we were, unfortunately, in a situation where, you know, the opposition gets paid to come to the Statehouse and do their testimony,” Dodson said. “I rely on families who unfortunately cannot always take time off work for this particular issue.”

Some families were scared to testify publicly because they remain under NDAs that bar them from speaking candidly about their conflicts with school districts over special education services. Dodson said some also feared retaliation from their districts.

Rep. Ed Clere (R-New Albany), who authored the legislation, said the Indiana Association of Public School Superintendents was “the most vocal opponent and the opponent that was working the hardest behind the scenes to kill the bill.”

Robert Taylor, executive director for the Indiana Association of Public School Superintendents, declined to comment on HB 1107. He wrote via email that “IAPSS does not comment on legislation while the session is still ongoing.”

The lack of public discussion, Dodson said, denied advocates the opportunity to debate information shared with lawmakers by opponents.

During a Senate hearing last month, superintendents and special education administrators argued that shifting the burden of proof from parents to schools would result in increased special education legislation and unfairly disadvantage districts in civil proceedings.

But Perry Zirkel, a professor emeritus at Lehigh University who studies special education law, said there is no available data to suggest shifting the burden of proof from parents to schools would increase litigation. Zirkel was not involved in the legislative process.

“To me, it is not a major factor for a legislator to consider,” he said in an interview with WFYI.

The bigger issue at play, Zirkel said, is a question of fairness and the many ways in which the scales tip in favor of districts in special education due process cases, which are civil legal proceedings that are presented before hearing officers employed by the state. He said the data does show that districts are far more likely to win these cases than parents, and it’s not because parents have the burden of proof in these proceedings.

In fact, Zirkel said in situations where districts bear the burden of proof, they’re still more likely to win a due process case.

“The major reasons (include) the fact that (schools) have more expertise, they have more resources, they have attorneys that represent them, and that the courts give them the clear benefit of the doubt — they defer to them,” Zirkel said. “And so they win the vast majority of these cases, and have the advantage over parents all the way.”

Zirkel also doubts that shifting the burden of proof from parents to schools would level the playing field in disputes about special education services.

“I don't think it would solve the problem for parents; it would just make it at least symbolically a little more of an even playing field, but still tilted way in favor of districts,” he said.

Advocates will continue to push for reforms

Clere, the House lawmaker who authored the legislation, said he was blindsided by the Senate vote on Tuesday.

“When I heard the cajoling and the heckling and the peer pressure, I cringed,” said Clere, who watched the Senate proceedings via video the next day. “I still don't know why it happened. You know, I feel terrible for Senator Kruse.”

Clere said he’s deeply concerned about the legislative process and the lack of public discussion on the bill.

Little hope remains that these proposals will be revived in the current session, Clere said, but he plans to continue work on reforming the special education conflict resolution process.

“As I have talked with parents and educators and other advocates, I've only become more convinced of the need for the policy changes. So I'm certainly not giving up,” Clere said. “The vote yesterday was undeniably a setback. But we will keep working on the policy.”

Tags:special educationdue process hearing2022 legislative sessionparents
Support independent journalism today. You rely on WFYI to stay informed, and we depend on you to make our work possible. Donate to power our nonprofit reporting today. Give now. 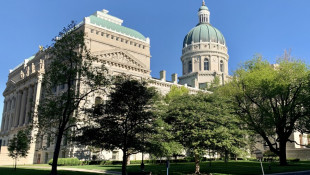 Indiana Republican lawmakers are poised to cut off extra food stamp benefits Hoosiers have received throughout the COVID-19 pandemic. 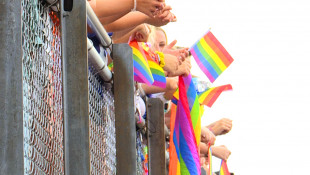 House Bill 1041 didn't get changed at all in the Senate, which means with a majority of the chamber's approval Tuesday, the bill now heads to Gov. Eric Holcomb's desk for his signature. The House approved the bill in January.

If Republican Gov. Eric Holcomb signs the bill into law, Indiana will join 13 states and the District of Columbia that have legal definitions of consent.