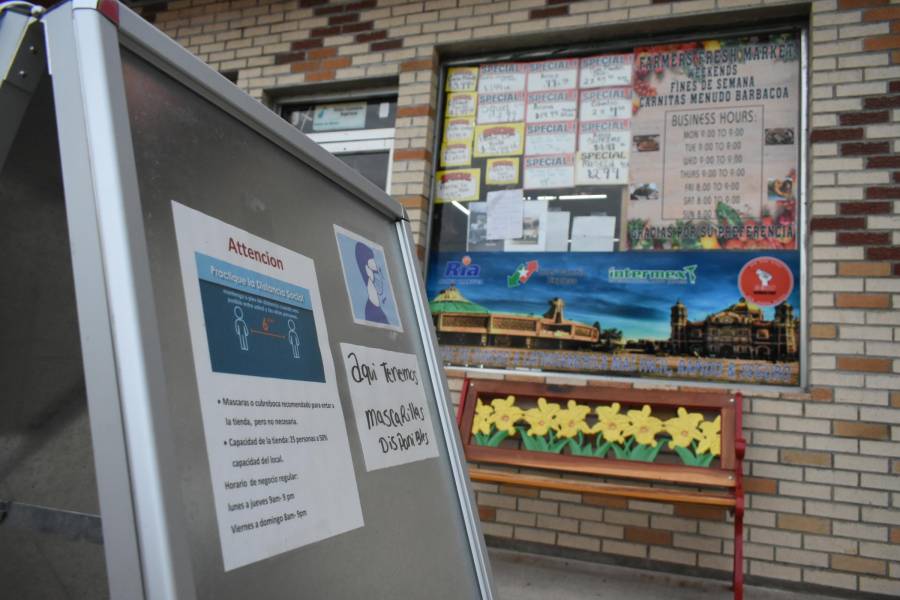 “So if you get a text or a phone call from the state department of health about an important public health matter, please answer the text, answer the call,” she said.

But some community health leaders say for many, answering that call is easier said than done. That’s especially true for those more at risk of contracting the virus, like Black and Latinx Hoosiers. These communities have been harder hit by the virus, and have a history of mistrust of government.

“Contact tracing taken out of context is, ‘I’m being traced, I'm being tracked,’" says Tony Gillespie, vice president of public policy and engagement for the Indiana Minority Health Coalition. “Especially in racial and ethnic minority communities and Hispanic and Latino communities, that's a real concern.”

Since the pandemic started, groups in the coalition have discussed the importance of locally led testing and contact tracing efforts. Yet Gillespie says the state did not seek input from community health groups before it developed a contact tracing plan.

But that’s happened across the country, according to Amanda Merck of Salud America, a national organization that works to raise awareness of Latinx health issues. As states built up their contact tracing workforce, they didn’t always seek tracers from marginalized communities, she says.

“A lot of the concern is there's problems when the public health workforce doesn't reflect the communities it's intended to serve,” Merck says.

In April, Indiana hired a Virginia-based company, Maximus, to develop a call center. It now has 680 contact tracers. After a person tests positive for COVID-19, contact tracers try to reach them by text and then with a phone call.

The state says it’s working to better publicize the number a contact tracer’s text and call will come from, and that the contact tracing center uses translators for Hoosiers who don’t speak English.

But in practice, community health workers like Hart say if the person who answers the phone doesn’t speak English, the contact tracer asks to speak to someone who does. Most often, that’s a child.

“They have to then get their third grader or fourth grader to interpret because that's the only person at home,” Hart says.

Even if the contact tracer speaks Spanish, Gabriela Lemus says that’s not enough for her clients. She’s the Latino community health worker for Health Visions Midwest, a health education organization in Fort Wayne.

“They know the language, but they don't know your culture,” Lemus says.

Lemus says her clients don’t always tell contact tracers who they were with or what large gatherings they’ve attended. They may be embarrassed about ignoring public health guidelines. And though the state says contact tracers don’t ask about immigration status, Lemus says her clients want to protect their family, friends and neighbors, some of whom may be undocumented.

Contact tracers tell those who test positive to stay home for the CDC-recommended 14 days. But Lemus says her clients in that situation have questions and need resources. And they don't feel comfortable asking a stranger for help, even if that stranger speaks Spanish.

“They will tell or share more information with a trusted person that they know in the community,” Lemus says. “They already feel comfortable talking to us.”

In August, the state reported more than 76 percent of people reached by a contact tracer completed an interview. Most states don’t publicly report data on contact tracing, so it’s hard to know how Indiana compares to the rest of the Midwest or the nation.

Meanwhile, Indiana’s contact tracing workforce is growing. Including contact tracers at local health departments, there are more than 1,200 statewide.

But some researchers say thousands more are needed. According to George Washington University’s contact tracing workforce estimator, Indiana should have more than 5,500 contact tracers.

Tags:contact tracingcoronavirusCOVID-19
Support independent journalism today. You rely on WFYI to stay informed, and we depend on you to make our work possible. Donate to power our nonprofit reporting today. Give now.