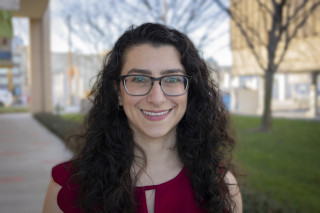 Lauren Bavis is the digital editor for health and education at WFYI and Side Effects Public Media, a Midwest health reporting collaboration based at WFYI. She was previously an investigative reporter for Side Effects, and with Jake Harper co-hosted Sick, a podcast about what goes wrong in the places meant to keep us healthy. She joined WFYI in 2018, and was part of the Side Effects Public Media team named Indiana’s Journalists of the Year in 2019 by the Indiana Professional Chapter of the Society of Professional Journalists. She graduated from Towson University in Baltimore, Maryland, and moved to Indiana in 2012. She previously reported on health and social services for the Bloomington Herald-Times.

We spent the summer listening to your education concerns. Here’s what we learned

What happens when the prison guard who’s supposed to protect you abuses you?

In Indiana prisons, people on suicide watch are monitored by peers, not professionals