Agriculture-related jobs aren’t just down on the farm, and ag education isn’t just for rural kids. At Beech Grove’s Applied Life Sciences Academy, urban students are getting an education in STEM – science, technology, engineering and math – through agriculture.

Chris Kaufman’s Animal Science class at Beech Grove High School may not seem a like traditional science lesson, but Kaufman says it is.

He helped start the school’s Applied Life Sciences Academy two years ago as a way to get kids interested in a subject that’s not usually part of an urban high school’s curriculum. The school added the academy to give students a hands-on science experience and introduce them to an expanding field of careers.

"When people think of agriculture, they typically think of just pig farms, cow farms, corn, soybeans,"  Kaufman says. But he wants his students to think beyond the stereotypes.

"Over 300 different careers are involved in agriculture, and so anything that’s plants, animals, foods or natural resources is going into or coming out of agriculture," he explains.

At a time when the number of farms continues to shrink, ag programs like Kaufman's are taking root in Indiana and other Midwestern states, including in cities, far from grain silos and feedlots.  And the program is catching on with students at Beech Grove.  About 500 students are enrolled in the middle and high-school programs and four teachers lead the classes.  Kaufman says they’re already feeling some growing pains.

"Our classes like plant and soil science doubled this year and the natural resources class tripled this year, and so it’s great to see that growth, and the kids are transitioning and growing and they’re asking for more," Kaufman says. "So we’re looking at bringing in things like food science or agribusiness management."

The popularity of Beech Grove’s life science program is also accompanied by an FFA chapter. Once know as Future Farmers of America, FFA changed its name in the 1980s. Now, about a quarter of chapters are in urban areas.

When Veronica Rubadue was a freshman at Beech Grove, she campaigned to get an FFA chapter. She says she is passionate about the program because it’s not all about plows and cows.

"It can involve anyone, you don’t have to be a farmer or a country kid or anything," she says. "You don’t have be athletic. You can just come in and absorb. It’s something that everyone can enjoy."

Bishop Smith is in Kaufman’s class, and is active with the Beech Grove FFA chapter.

"It brings it into reality. FFA and everything else is not all about you living in the middle of nowhere, with your family and a dog and a farm," Smith says. "You have a big business with computers and actually in the middle of city saying, …this is where we live now, this is how it is."

Dr. Marcos Fernandez, associate dean and director of academic programs for Purdue’s College of Agriculture says the disconnect between urban kids and agriculture starts to close when students realize they already have ag-related interests.

"If we focus on the fact of what do you want to do with your life, what would you love to do they'll say 'well I'm interested in biological sciences, I want to do something to help preserve nature, or the rivers, or I want to come up with a new discovery that will help nourish the next generation' well that’s exactly what we do," Fernandez says.

Only around 1 percent of the population is involved in production agriculture, growing food or raising animals on a traditional farm, but ag jobs are on the rise.  A USDA report on employment opportunities estimates nearly 55,000 openings every year for graduates with degrees in food science, renewable energy or environmental specialties and expects a shortfall of qualified workers.

And Fernandez says the number of openings will likely continue to multiply.

"There are so many individuals that are retiring and among their ranks are reaching retirement age," Fernandez says. "There’s a concern whether we’ll have that next generation ready and equipped to take on those jobs and opportunities at a time when the demand is going to be greater than ever."

Some of those jobs include computer systems managers, financial and credit analysts or market researchers, all in the ag sector.  The USDA employment report also lists biochemists, environmental engineers and food scientists on top of a list of growing job fields.

The employment report identifies global market shifts, policy changes and a public need for safe and nutritious food as major factors in job growth.These are the kind of issues Kaufman hopes his students will be able to work on one day.

"I think we’ve built a pipeline of students who want to work at Eli Lilly or Kraft Food or Hormel, even things like Rose Acre Farms, getting that hands on experience realizing that they can help produce a better food," says Kaufman.

Beech Grove plans to add another course next year, with help from state funding that encourages career and technical education.

Right now the academy offers two classes where students can earn college credit, allowing them to get ahead while digging deeper into the world of science. 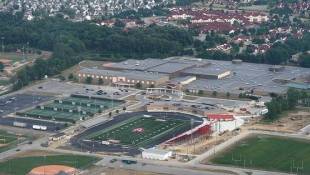 Pike High School on Indianapolis' north side was once marred by fights and discipline issues. Now, it's one of the most heralded schools in the country. The school's evolution started with demanding that students act better, and that has led to them demanding more from themselves. 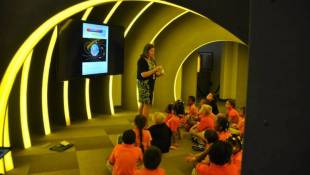 Many children learn better by taking part in an activity or going on a fieldtrip. Elementary students at Paramount School of Excellence, a charter school near Rural and Riverside Parkway, don't have to leave the school grounds for science lessons about space and distant galaxies.