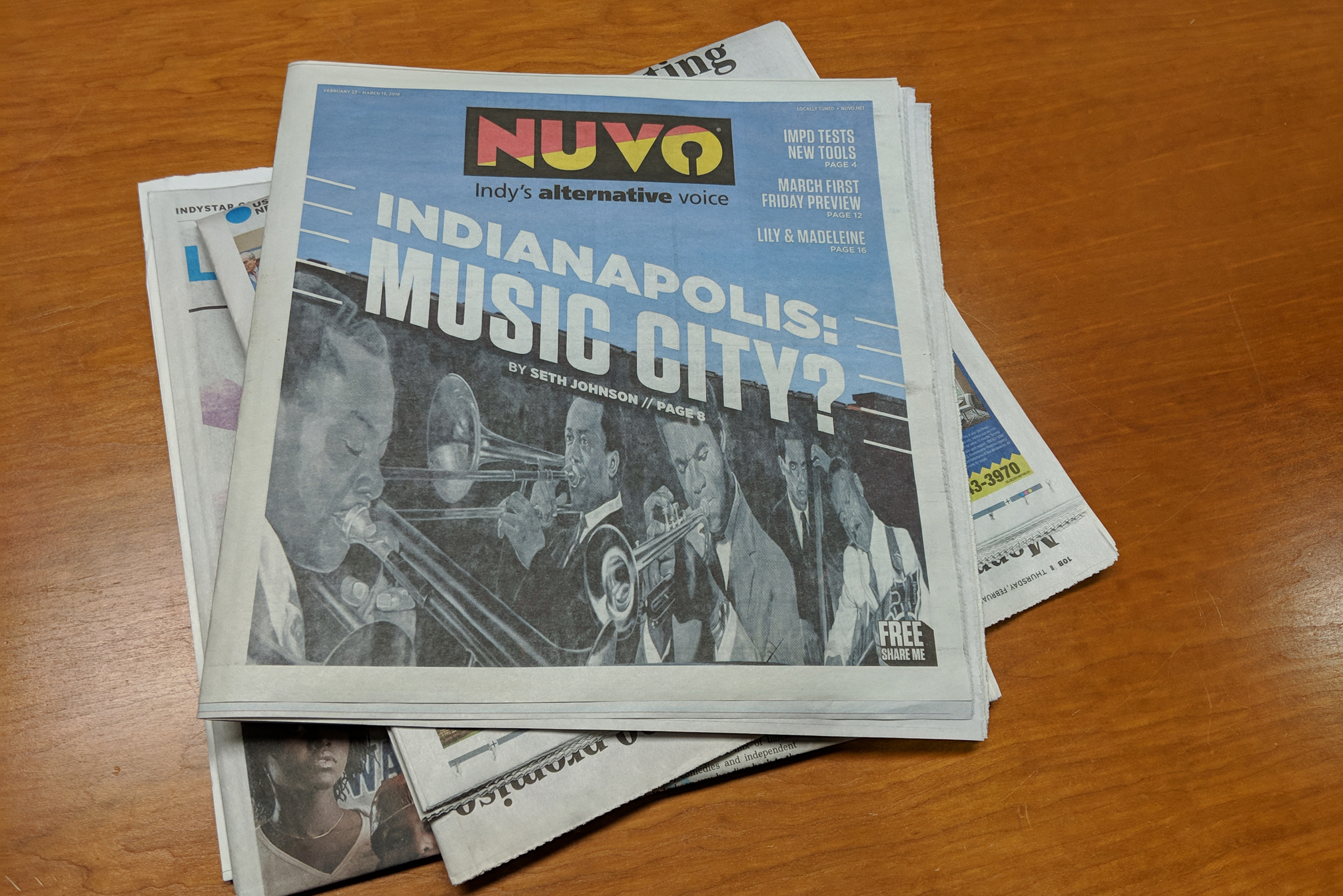 
Last week's print issue of the Indianapolis paper NUVO will be its last.

It was revealed this weekend that the alt-weekly discontinued its print product after 29 years, effective immediately, and a portion of the company’s staff was laid off.

McKinney says he gifted NUVO’s brand and assets to the not-for-profit NUVO Cultural Foundation. This means NUVO can now raise money through grants and tax-deductible contributions, not just advertising.

The new, digital-only NUVO will offer memberships that cost $5 a month. A membership, according to the website, will grant readers unlimited access to articles (McKinney says they aren't yet sure how their paywall will work), a weekly newsletter, and special opportunities to collaborate with editors.

That last perk is central to NUVO's "new direction," McKinney explains in his letter. Being membership-driven, he says, means their interests can align with the interests of their audience.

"We are designing the organization around the passions of our writers," McKinney told WFYI. "We want the members to connect with the writers via social, newsletter, commenting and live events. We think eventually commenting will be the most regular form of communication between the writers and the readers."

Rob Burgess is one of three editors who will make the transition. Burgess says NUVO will continue using the audience engagement service Hearken to help guide their coverage, which he calls a good illustration of their new approach.

"I've already seen that if you open it up to people, they absolutely will help you every step of the way with the reporting process," Burgess says. "You just kind of have to crack that door open, and let people know that their contributions are valuable."

McKinney says he is concerned about the prospect of granting paid members more influence over news coverage than non-paying readers.

"That is why we are keeping the pricing low and the value high and reaching out to as many communities as we can imagine," McKinney says. "The more members we have the more accurately we will reflect the community. But the writers will still be able to follow leads from any source and will continue to foster their source networks outside of the membership."

McKinney says along with three combination editor/reporters, NUVO still employs a business manager, a designer and a technical specialist. And he says reporters plan to cover state and local politics, gentrification, and the Indianapolis music scene.