On March 23, just hours before Gov. Eric Holcomb announced the closure of non-essential businesses, the South Bend Police Department received this 911 call. It’s from a staff member at the local WorkOne office.

In a public board meeting, Greg Vollmer, director of the Northern Indiana Workforce Board, told members that even before the announcement people rushed to the office to be first in line for unemployment benefits.

“When they came in they just panicked and we had a crush of people,” he says. “It was really, really kind of frightening and very difficult to deal with.”

He says police quickly dispersed the crowd, but the experience underscores a big problem: Many Hoosiers think WorkOne offices handle unemployment insurance when they don’t.

Months into the pandemic, many desperate workers say they still haven’t received unemployment benefits. And as many WorkOne re-employment offices reopen by appointment this week, staff fear they’ll be caught in the middle between those people and the Indiana Department of Workforce Development. That’s because many people don’t know that WorkOne offices don’t handle unemployment insurance. They know most of the questions in coming days will be related to unemployment claim issues WorkOnes can’t fix.

To clear up the confusion, several say they’d either like to be allowed to help with unemployment insurance or, if not, for the state to be clear that they can’t.

“The public probably believes we do UI and if they’re having trouble with Indianapolis to get resolution, they can come see us to get those things taken care of," Vollmer says. "We can’t do that.”

Vollmer says he’ll be worried about the safety of in-person appointments until people who have waited weeks for unemployment have been helped. The Department of Workforce Development estimates that over 10 percent of people who have applied for benefits have waited over three weeks – sometimes much longer – for payments.

“Our fear is that all the people that haven’t been served yet is enormous,” Vollmer says. “As soon as that office is open, they’re going to want to come in and get assistance and help on that. So that figures into your timing on when you can safely reopen an office.”

In response, many WorkOnes offices across the state are preparing firewalls against the onslaught of frustration they expect to see. Some are hiring armed guards. Others like the Indianapolis workforce board, have given staff de-escalation training.

Mike Row, director of WorkOnes in the Muncie area, says they’re reinstalling panic buttons after taking them out at the end of the Great Recession.

“They were removed because there were no issues and because the fact that the unemployment insurance system oversight and responsibility ... were transferred to the Indiana Department of Workforce Development,” he says.

Mike Barnes, Chief Workforce Officer at DWD, says when the transfer happened over a decade ago there was very little fanfare. So the legacy of being the “unemployment office” stuck to WorkOnes.

And we’re still dealing with the confusion today. In fact, most of the precautions being taken to add security, as well as additional cleaning and protective equipment for staff, is being funded through $120,000 pandemic response grants from DWD to local workforce boards.

“It was done in a quieter way than the way we would approach it today,” Barnes says. “It is in people’s lexicon of 'the unemployment office' and so people expect that they can go there and do that, despite the fact that it hasn't been there for quite some time.”

Row says it’s been a “failure” in DWD’s communication to the public.

“I’m going to venture a guess that there are numerous officials in the governor’s administration that doesn’t realize that the regional workforce development boards are not state agencies,” he says.

What WorkOnes can do is offer re-employment services like career counseling sessions, job fairs or getting skills for a new job. Most staff will try to offer general guidance on unemployment and some offices even have direct phone lines to DWD. (Workforce board directors jokingly refer to them as "bat phones" in reference to the direct phone line the fictional Commissioner Gordon had to call Batman for help.)

With those tools, Marie Mackintosh, chief operations operations of EmployIndy says despite the safety concerns, they’ll continue to serve the public as safely as they can.

“We work hard to set aside those momentary frustrations or fears or whatever our staff may be experiencing, acknowledge that those are real, and then try to focus everyone back on the mission at hand," she says. "Which is to make sure that we help all the people out there who are struggling to figure out what they what to do next in their careers and their livelihoods.”

Tags:Indiana Department of Workforce Developmentunemploymentunemployment insuranceworkforce developmentWorkOneworkplace safetycoronavirusCOVID-19
Support independent journalism today. You rely on WFYI to stay informed, and we depend on you to make our work possible. Donate to power our nonprofit reporting today. Give now.

Police were justified in fatally shooting a man during a chase and gun battle in east central Indiana, the Delaware County prosecutor said Wednesday.
Read More 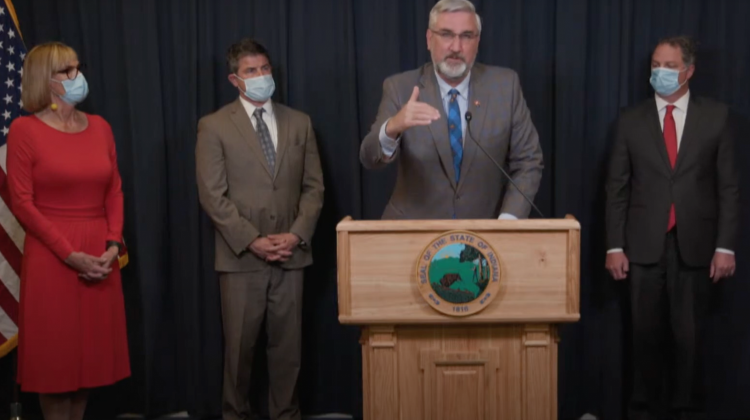 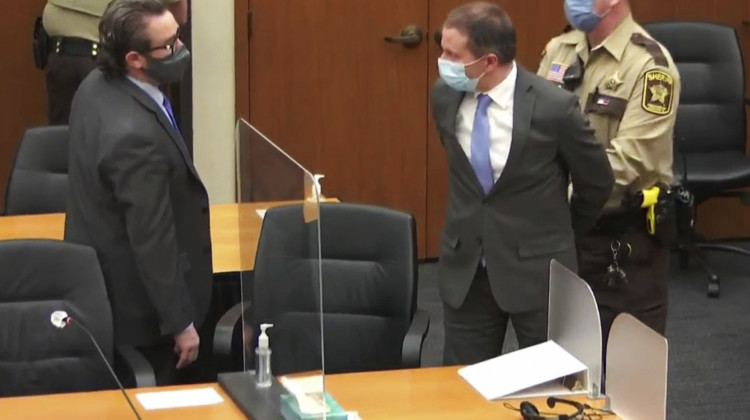 The jury has found former Minneapolis police officer Derek Chauvin guilty on all the counts he faced over the death of George Floyd.
Read More