As Congress Moves Closer To Obamacare Repeal, What Will Happen To Hoosiers Covered by HIP 2.0?

This week, Congress made it easier to repeal the Affordable Care Act, also known as Obamacare. This could affect millions of Americans who gained coverage through Medicaid expansion, including about 250,000 Hoosiers.

In nearby states that expanded their Medicaid programs, Republican leaders have expressed reservations about Obamacare repeal, but Indiana Gov. Eric Holcomb has yet to weigh in.

Republican governors John Kasich of Ohio and Rick Snyder of Michigan have both raised concerns about repealing the law without a replacement. They cite the thousands of people that are covered under Medicaid expansion, and its importance to hospitals.

Under former Gov. Mike Pence, Indiana also expanded Medicaid, with the Healthy Indiana Plan, or HIP 2.0. About 250,000 more Hoosiers gained insurance because of the program.

“We’re very worried about that happening,” she says, adding that HIP 2.0 helped bring Indiana’s uninsured rate into the single digits. “The program has been a godsend in helping Hoosiers get the care they need at the right place at the right time,” she says. “If we’re not able to offer that program, the effects of that could be devastating on Hoosiers’ health.”

Holcomb has not taken a stance, even as repeal efforts move forward in Washington. Asked for comment, a spokesperson for Holcomb said in an email that the issue was on his radar.

Tags:HIP 2.0Affordable Care ActMedicaidObamacareChasing the Dream
Support independent journalism today. You rely on WFYI to stay informed, and we depend on you to make our work possible. Donate to power our nonprofit reporting today. Give now.

The Indiana House dismissed an attempt by one lawmaker this week to ban any COVID-19 vaccine mandates in the state. But that likely won’t be the last time this issue comes up in the General Assembly.
Read More 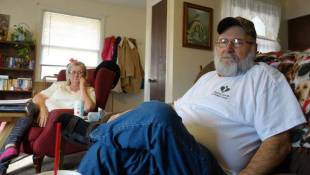 Legal and health care advocates say the requirement for Hoosiers to pay into the state's HIP 2.0 system is causing problems. 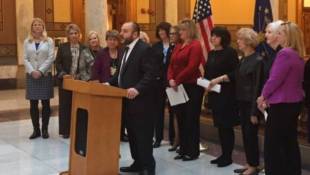 A newly filed proposal calls on the Indiana State Department of Health to outline a way to reduce the number of cervical cancer deaths.