Organized efforts to prevent certain policy changes in schools have disrupted school board meetings across the country, and educators and school officials are calling for more civility in places where it's happening in Indiana.

Some of the intense pushback has focused on COVID-19 protocols, but some organized groups want to prevent schools from implementing diversity, equity, and inclusion initiatives, as well as social emotional learning, or SEL, strategies.

"Threats or imminent violence are not protected speech and have no place in public discourse of our democracy," he said.

Spradlin said everyone has the right to voice their opinion, but harassment and personal attacks actually undermine public participation in school governance.

After reports of disruptions at board meetings across the country, as well as a letter from the National School Boards Association, U.S. Attorney General Merrick Garland requested that the FBI meet with various law enforcement officials to address possible threats against local education leaders.

Indiana Attorney General Todd Rokita sent a letter to the feds this week claiming federal intervention will "chill lawful dissent" by parents, and that existing legal remedies are enough to address any potential criminal activity.

Spradlin agrees a federal investigation is an overreach, and that schools can and should work with local law enforcement to handle any potential security issues. But he also pointed out that some people disrupting board meetings don't have a child enrolled in the school system, and in some cases, don't even live in that community.

Meanwhile, educators said people behind some of those groups are spreading misinformation rather than focusing on what's best for kids.

Ike Curry is the chair of the Social Emotional Learning Alliance for Indiana. He said schools have provided social and emotional learning, or SEL, for a long time – it's just the language and framework that's new.

"It is absolutely essential to the work we do in education and becoming more and more so all the time with the social issues that are going on in our society," he said.

Groups and some government officials – including Rokita – have openly criticized SEL and equity initiatives, claiming they're tools for school leaders to sneak critical race theory into classrooms. Experts say that's not how it works, but some educators or schools have been specifically targeted on social media for supporting SEL and equity-focused approaches to education.

Curry said it's important for people with concerns about SEL to look deeper than what they see on social media, and any parents or community members who want to learn more should reach out to their local school.

Tags:school boardIndiana Attorney GeneralTodd Rokitacritical race theorysocial emotional learning
Support independent journalism today. You rely on WFYI to stay informed, and we depend on you to make our work possible. Donate to power our nonprofit reporting today. Give now. 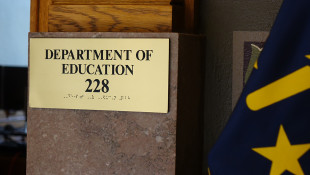 Indiana is scrambling to correct a longstanding violation of the federal Individuals with Disabilities Education Act, and it plans to stop issuing emergency permits for special education teachers in less than nine months. 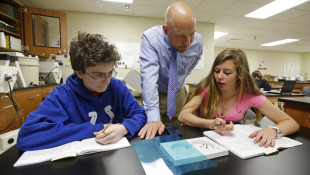 Only 18 percent of Marion County educators are teachers of color, compared to the 66 percent of non-White students. But a federal grant recently awarded to the Beech Grove City Schools district could help increase the number of teachers of color and improve student learning. 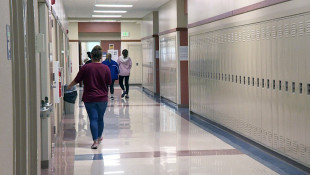 Indiana education officials took the next step to revamp school accountability this week.