After years of violating federal special education law, Indiana officials began talks with the U.S. Department of Education last week about their plan to comply by the start of next school year. A state official previously said these talks had already begun.

Indiana issued thousands of emergency permits to teachers without special education certification over the last several years, which is against federal law and effectively places some of the highest need students with untrained educators. The state is now scrambling to correct the longstanding violation of the federal Individuals with Disabilities Education Act, and it plans to stop issuing emergency permits for special education teachers in less than nine months.

On Oct. 1, a spokeswoman with the Indiana Department of Education, Holly Lawson, incorrectly told WFYI that the federal government had “worked to provide guidance” to Indiana as part of the process of ending the use of emergency permits for special educators. After WFYI’s initial story on the state not complying with federal law, Lawson contacted reporters to correct the information, saying that the first conversation with federal officials about Indiana’s elimination of emergency permits occurred last week.

Lawson said she did not participate in the conversation with federal officials, but the general counsel for IDOE informed her that they are satisfied with what Indiana is doing to correct the issue.

“My understanding is that we’re in a good place and by taking the proactive action, we’re addressing the issue and we’ll be able to move forward,” Lawson said.

The federal government has not penalized Indiana for violating special education law.

Indiana schools have grown increasingly reliant on emergency permits due to a shortage of fully licensed special educators. While advocates and educators agree that students with disabilities should have trained and qualified teachers, both special education administrators and lawmakers have voiced concern that the rush to eliminate the use of emergency permits could worsen the state’s special ed teacher shortage.

Last week, the Indiana State Board of Education gave initial approval to a plan to end the use of emergency permits for special education teachers next school year.

Both actions are subject to the state’s rulemaking process, which will include a public hearing before the state board takes a final vote.

Tags:special educationIndiana teacher shortageIndiana State Board of EducationIndiana Department of Education
Support independent journalism today. You rely on WFYI to stay informed, and we depend on you to make our work possible. Donate to power our nonprofit reporting today. Give now. 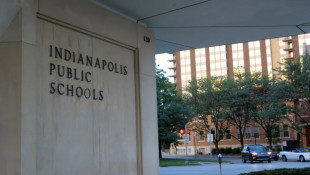 Some IPS police see themselves as educators; students and teachers do not

Many officers who patrol Indianapolis Public Schools see themselves as educators and informal counselors, in addition to law enforcement officers. Most students, staff, and parents, however, see them strictly as police. 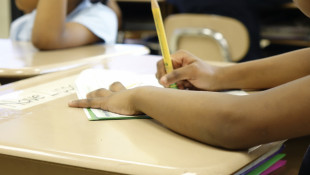 Providing all Marion County students with equitable access to education has been a challenge for years, and a new report finds that Black and Hispanic students lack access to high-quality education — from birth through higher education — at disproportionate rates.

Indiana education officials took the next step to revamp school accountability this week.