AT&T launched an initiative Tuesday to reduce violent crime in the city. Believe Indy will invest $275,000 in nonprofits that use community-based approaches to the problem.

It’s first recipient is One Congregation One Precinct, or OneCOP. The nonprofit aims to connect law enforcement with houses of worship to connect the community with the police.

OneCOP national lead organizer Rev. Markel Hutchins says the work will look different depending on the needs of each community.

“We provide them with some examples of things that we’ve seen work across the country,” Hutchins says. “Things like coffee with a cop, or adopt a cop, or a youth basketball league or a barbeque or something just as small as inviting in a police officer to come play basketball with the youth.”

More than 200 congregations in Indianapolis already participate in the program.

“They’re not just talking the talk, they’re walking the walk. They’re putting their money where their mouth is as well,” Snyder says. “And hopefully we will see other business owners, corporations, and those from the business community step forward to play a role in this as well.”

All five speakers at the press conference called for the consolidation of the community and law enforcement to achieve their goals of decreasing violence in Indianapolis. 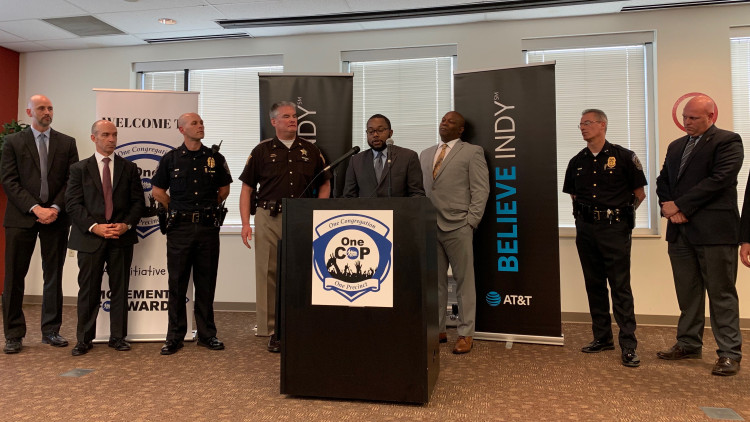 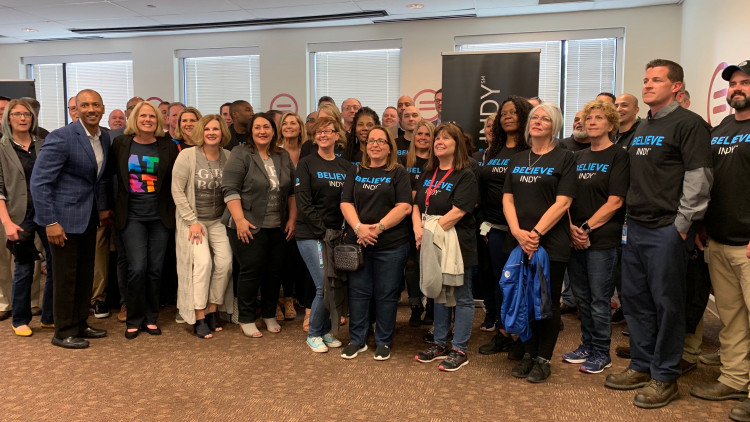 Tags:IndianapolisIndianapolis Metropolitan Police DepartmentBelieve IndyAT&TOneCOP
At WFYI, our goal is to cover stories that matter to you. Our reporting is rooted in facts. It considers all perspectives and is available to everyone. We don't have paywalls, but we do need support. So if unbiased, trusted journalism is important to you, please join us. Donate now.