INDIANAPOLIS -- The state’s top prosecutor is going after limited liability companies that are scamming tax delinquent property owners out of money and their homes.

Investigators noticed a pattern that revealed at least 48 property owners, mostly in Marion County, who have been swindled.

Indiana Attorney General Greg Zoeller filed a lawsuit Monday saying Limited Liability Companies are taking advantage of a "golden opportunity" within the tax sale process. He accuses the companies of convincing homeowners to sell their deeds for a few hundred dollars to walk away from their homes before the tax sale auction is complete.

"Homeowners who don’t know they’re entitled to the surplus can be conned into selling their title for little or nothing," Zoeller said.

Zoeller says the LLCs then turnaround and claim thousands of dollars in equity profit on the homes from the auction sales.

The companies are based in Florida, Oklahoma and Nevada. Zoeller is seeking more than $9 million in restitution. The attorney general's office has been able to get court orders to block some of the deed transfers, but he acknowledged all may be lost for transactions further along in the process.

The lawsuit alleges the defendants defrauded at homeowners in Allen, Johnson, Lake and Marion counties. Those homeowners, some of them seniors, were allegedly tricked into signing so-called quitclaim deeds in exchange for $450 or less.

That essentially gave the companies access to home equity sums ranging from about $2,000 to $900,000. The companies involved have paid out just $13,640 for the 48 deeds, according to the attorney general, but submitted claims for $3.2 million in surplus funds.

The actions are borderline criminal, said Drew Carlson, chief financial officer for the Marion County auditor. "What we’re seeing here is unbelievable," he said. "This is definitely amped up quite a bit."

There are three out-of-state LLCs listed as defendants in the lawsuit. An attempt to reach an Indianapolis attorney listed on the main LLC’s state-filed documents was unsuccessful.

Homes of property owners that are several years behind on taxes goes up for auction. If the homes fetch more on the auction block than what is owed in taxes, the profit surplus goes to the property owner. They also have a year to pay the back taxes and keep their home.

What's happening, according to Carlson, is scammers are contacting homeowners after the tax sale but before they're notified of the surplus. So unsuspecting property owners think the few hundred dollars the LLC is offering is the best they'll get.

Property owners at risk of losing their homes receive a half-dozen notices from the auditor's office, Carlson said. He encouraged anyone who is going through the process, or at risk of doing so, to contact their county auditor in order to fully understand the process.

Tags:Greg Zoellerproperty taxesIndiana Attorney General
Support independent journalism today. You rely on WFYI to stay informed, and we depend on you to make our work possible. Donate to power our nonprofit reporting today. Give now. 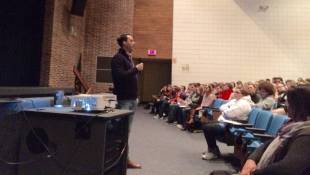 South Vermillion Principal Don Harman believes the work of Overdose Lifeline is vital. "I would encourage every high school principal to contact them and have them speak to your student body." 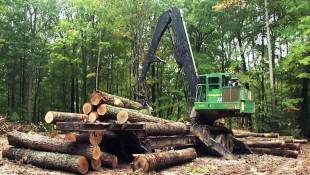 Efforts to limit logging in Indiana's state forests have once again failed to advance out of committee at the statehouse.