Avoid Firework Injuries On The Fourth Of July

The Fourth of July brings an increase in burn injuries due to fireworks.

Brian Wagers, Riley Children’s Health emergency doctor, says last year there were between 12,000 to 13,000 firework-related injuries around the country and eight deaths. He says of those injuries, 40 to 50 percent were children.

Wagers says people should enjoy the holiday at professional fireworks show, where the chance of injury is very small.

“Don’t do it at home, leave it to the professionals,” Wagers says. “Sometimes people think, well, we’ll just do something simple like a sparkler. And sparklers, a lot of people don’t know that they burn somewhere between 1,200 and 2,000 degrees Fahrenheit, and that’s like a blowtorch.”

“So, when you light those things off, if it’s in a can, that can may blow up, and then that’s metal, essentially bullets, that are flying at the children,” Wagers says.

He says do not treat burns with home remedies. Putting things like butter or toothpaste on burns increases the chance for infection and can trap in heat.

If burned, Wagers says people can wash off with cool water and should see a licensed health professional immediately. 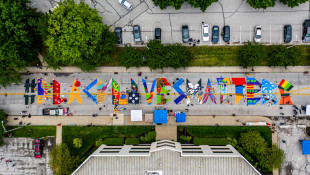