Bill Benjamin announced Tuesday that he will serve as police chief under Republican state Sen. Jim Merritt if Merritt is elected mayor.

Benjamin, a Democrat, was publicly offered the position by Republican mayoral candidate Merritt last week. He says crime prevention in the city has nothing to do with political affiliation.

“This is not about political parties, it’s about the safety of the people of Indianapolis," Benjamin says. "Bipartisan efforts are made every day in this county. And that’s all this is."

Benjamin is a former IMPD deputy chief. He says Merritt’s proposed public safety plan matches the platform he used in 2018 when he ran for Marion County Sheriff.

Merritt has been criticized for proposing a law enforcement technique that some say could lead to stop and frisk questioning.  Benjamin did not publicly disagree with Merritt’s plan, but says he is not interested in stopping people without probable cause.

Tags:Bill BenjaminIMPDIndianapolis mayoral raceJim Merritt2019 election
At WFYI, our goal is to cover stories that matter to you. Our reporting is rooted in facts. It considers all perspectives and is available to everyone. We don't have paywalls, but we do need support. So if unbiased, trusted journalism is important to you, please join us. Donate now.

The four male suspects, three of them 19 and the other 17, were in custody and a probable cause affidavit accuses them of killing the four on Feb. 5 during a robbery at an apartment on the Indianapolis' east side.
Read More 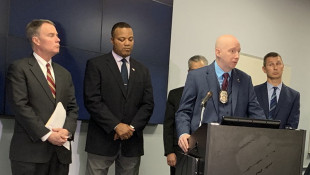 Arrests Made In Quadruple Homicide

Four teens have been arrested, charged with killing four other young people earlier this month in Indianapolis.
Read More 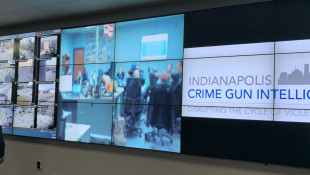 Gun Intelligence Gets A Boost In Indianapolis

In response to a steep increase in gun violence in Indianapolis, the city announced plans to expand a gun intelligence program.
Read More
Now Playing