A pilot program enabling Indianapolis police officers to hand out bags of food directly to people in need is growing.

The Community Action Relief Effort Bags pilot began in IMPD’s East District this spring and expanded to the North District on Wednesday. The program is an offshoot of the CARE Mobile Pantry program, which provides groceries once a week throughout the summer in locations where families face food insecurity.

Office of Public Health and Safety Director Paul Babcock says the bags filled with nonperishable food items provide up to eight meals and give the officers an opportunity to connect people with services.

“They’re able to distribute a bag of food and then connect them to the services through the Office of Public Health and Safety,” Babcock says. “And then we are able to provide a follow up to make sure they are getting some of the services.”

With the launch of the pilot program earlier this year, East District officers distributed nearly 40 bags of food. Almost half were distributed to homeless residents.  And the Office of Public Health and Safety was able to follow up with wraparound services in more than 60 percent of those distributions.

“We’ve been able to get a lot of the people we see connected to some kind of care or service that they wouldn’t have had access to, or wouldn’t easily had access to, if they weren’t able to interact with the city or IMPD and the Office of Public Health and Safety through this program,” Babcock says.

The program is a partnership between Indianapolis, Gleaners Food Bank and the Office of Public Health and Safety. 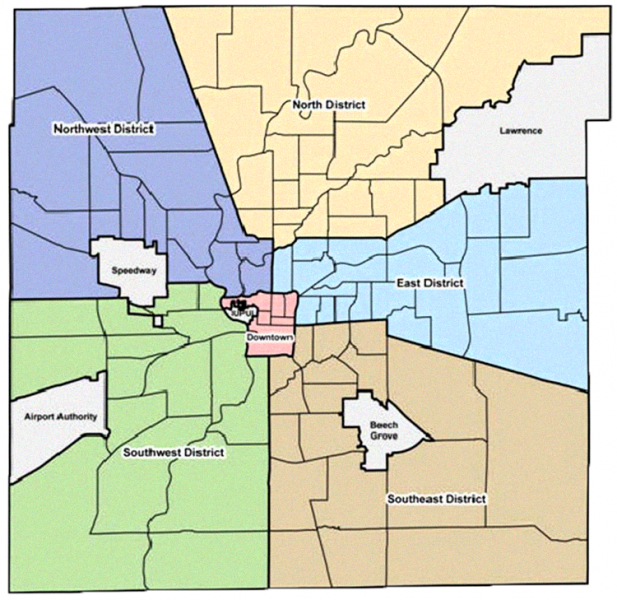 Tags:IMPDIMPD North DistrictGleaners Food BankIMPD East DistrictCARE BagsCARE Mobile PantryOffice of Public Health and Safety
Support independent journalism today. You rely on WFYI to stay informed, and we depend on you to make our work possible. Donate to power our nonprofit reporting today. Give now.