A push to change the way mental health is treated has been embraced by a community in central Indiana.

Suicide is the seventh leading cause of death in Hamilton County where Fishers is located. Two years ago, Mayor Scott Fadness committed to the Fishers Mental Health Task Force.

“This is not a one week and done, one year and done, this is going to be an ongoing battle for the hearts and minds, so to speak, not only for those suffering from mental illness but for the people around them,” Fadness says.

A community report highlights actions taken these include crisis intervention training to all fire and EMS responders and a therapist in every school starting this year.

Indiana University sociology professor Dr. Bernice Pescosolido says involving everyone in the community is kind of like wack-a-mole.

“If you don’t sort of press down all the buttons at once, you hit one and another one will pop up,” Pescosolido says. “So you really have to have this comprehensive, community based approach.”

Fadness hopes the initiative can serve as a model.

“It helps other communities understand how do you even get started with something like this because it’s happening in every community, in all four corners of Indiana and across the country,” Fadness says.

Fishers is moving to phase two of the initiative that involves an effort to inform policy.

Tags:Hamilton CountyFishersScott Fadnessmental healthsuicideFishers Mental Health Task Force
Support independent journalism today. You rely on WFYI to stay informed, and we depend on you to make our work possible. Donate to power our nonprofit reporting today. Give now. 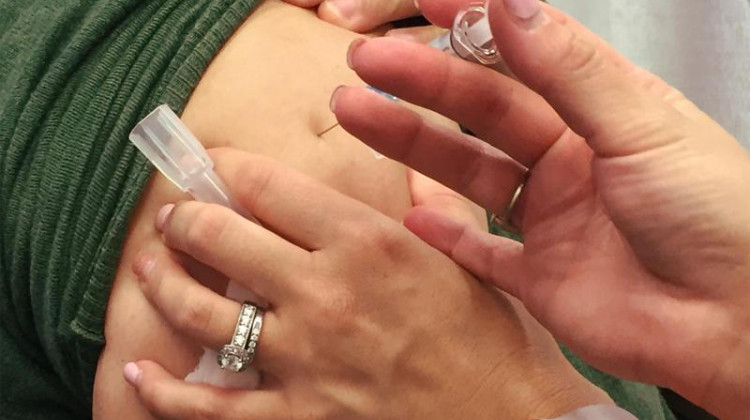