Changes Made to Justice Center Proposal May Prompt New Bidding ProcessIt's not clear whether Indianapolis lawmakers would be able to vote on a modified proposal for a new, consolidated criminal justice center, even if the changes were enough to win more support. The changes may trigger the need for a new bidding process.url2015-06-03T00:00:00-04:002015-06-03T00:00:00-04:00

It’s not clear whether Indianapolis lawmakers would be able to vote on a modified proposal for a new, consolidated criminal justice center, even if the changes were enough to win more support.

The changes may trigger the need for a new bidding process.

The legal advisor for city-county councilors says there’s “no clear answer” on whether the down-sizing of a proposal to construct a new criminal justice center on Indy’s west side is drastic enough to violate state law.

Attorney Fred Biesecker says a state statute requires all bidders to be given equal opportunity for revising proposals.

The statute states: "Offerors must be accorded fair and equal treatment with respect to any opportunity for discussion and revisions of proposals."

Lawyers for the city and outside counsel are studying the legality of the changed proposal, Biesecker said.

Developer WMB Heartland scaled down their proposal in hopes of winning over more councilors. By eliminating 448 prison beds and a stand-alone sheriff’s headquarters, construction costs would shrink by $17.5 million.

WMB wants to construct a new justice center complex on the site of the old GM stamping plant, bringing jails and courtrooms onto one campus, which the city and developer say would reduce longterm costs by improving efficiency in criminal justice.

"Are we really pressed for time to try to put a band-aid on a bad proposal and that’s really what it feels like we’re doing," council president Maggie Lewis, a Democrat, told WFYI Tuesday.

Marion County Sheriff John Layton says he’s opposed to the plan and a new administration should take it up.

"The last thing our newly elected leaders need is a financial burden that will handcuff their future options," Layton said in a statement, in part, continuing, "I thank those that have worked hard on this project, but it is time to stop and consider other options. Thus, I add my voice to those who say that just as ‘haste makes waste’; we owe it to the tax payers, who desperately need enhanced public safety, to get this proposal right."

The next city-county council meeting is Monday. That's likely the last chance councilors would have to call up the proposal for a full vote, which would take a special procedural move, since a committee did not approve the original measure.

After June, several legal and financial agreements expire and the current proposal would dissolve, sending the prospect of a new justice center back to the beginning. 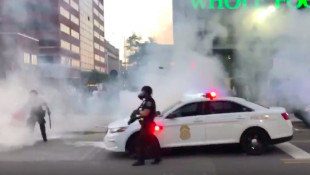 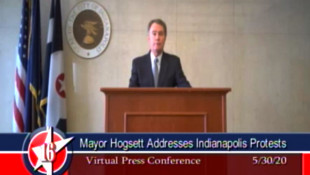 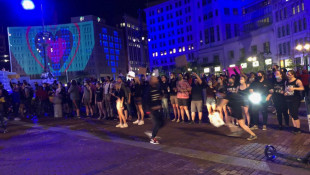