CHIP Expires: What That Means For Hoosier Children

Congress let funding for the Children’s Health Insurance Program (CHIP) expire over the weekend. The program that provides health insurance for nearly 100,000 Hoosier children has reserves to continue normal operations for now.

Jointly funded by the federal government and the states, CHIP has covered Hoosier children for 20 years.

“Really things will get more worrisome if we look six months out from now when we still don’t have a clear plan on the table because the state will have to look at how do we stretch those dollars we have in reserve,” says Fairchild.

Fairchild says all the focus on repeal and replace of the Affordable Care Act has bumped any legislation to shore up CHIP.

“Most of the same committees that would be involved with planning CHIP were involved with the funding aspects of repeal and replace plans,” Fairchild says.

Hearings are already scheduled for this week.

“Pretty quickly after that I think we’ll see that getting moved to a vote on the floor because it is a really popular program and no one wants to be the one that drops the ball on this,” says Fairchild.

Indiana’s Family and Social Services Administration says the program has sufficient funding to continue normal operations for the next several months.

Only 5 percent of Indiana’s children are uninsured.

Tags:CHIPU.S. CongressAffordable Care ActChildrenâ€™s Health Insurance Program
At WFYI, our goal is to cover stories that matter to you. Our reporting is rooted in facts. It considers all perspectives and is available to everyone. We don't have paywalls, but we do need support. So if unbiased, trusted journalism is important to you, please join us. Donate now. 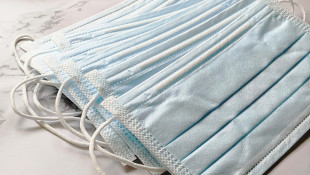 More Indiana cities have decided to impose mask mandates as health officials reported Monday the state's most hospitalizations of people with coronavirus-related illnesses in nearly a month.
Read More

The U.S. Centers for Disease Control says the main purpose of wearing a cloth face covering is to avoid spreading the virus to others. People infected with the virus may not show symptoms for several day
Read More