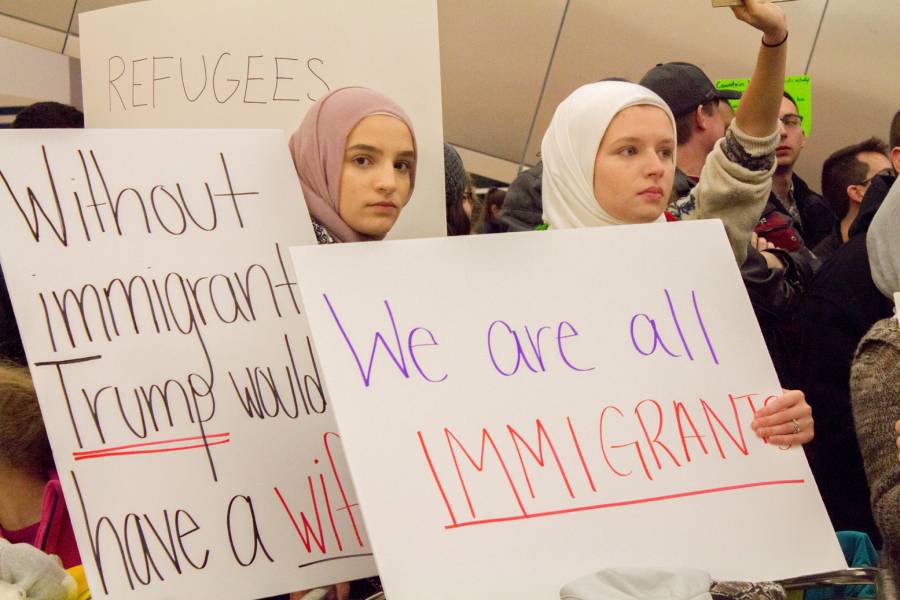 President Trump’s hardline stance on immigration was made manifest in January through an executive order blocking citizens from seven countries, sparking protests at airports across the country. (Photo by Drew Daudelin)

President Donald Trump’s hardline stance on immigration was made manifest in January through an executive order blocking citizens from seven countries – said to protect Americans from foreign-born terrorists. A federal judge blocked the order, but a revised version is expected soon.

The order has been divisive among faith groups. But on Friday a number of Orthodox and mainline Protestant churches announced a grassroots effort to fight any version of the ban.

Sharon Watkins is president of The Christian Church (Disciples of Christ), which is headquartered in Indianapolis.

“We will invite all our constituents and all other people of faith to join us in espousing a future that evokes the spirit of love…not fear,” Watkins says.

The campaign also hopes to raise $1 million over the next six months to help refugees.

It was announced through the National Council of Churches and Church World Service, a group that helps settle refugees. Out of the nine agencies that resettle refugees in the U.S., six are faith-based.

Tags:Donald Trumptravel banrefugee bancampaign
Support independent journalism today. You rely on WFYI to stay informed, and we depend on you to make our work possible. Donate to power our nonprofit reporting today. Give now.

Instead of layoffs, work-share lets companies reduce employees hours and have the state pay affected workers a portion of their unemployment benefits relative to hours lost. A bill to create a work-share program in Indiana passed a Senate committee Wednesday.
Read More 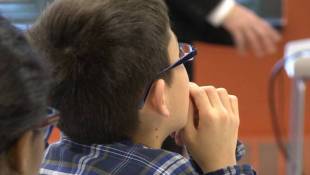 At the same time, the school dropout rate, bullying reports and number of homeless students are falling.