Citing 'Significant Concern,' $30,000 Raise for Mayor Off The Table

“Both have expressed significant concerns with the section dealing with the Mayor’s salary," Adams said in a statement Monday evening.

A council committee is scheduled to debate the proposal Tuesday evening, but "out of respect for" Ballard and Hogsett's concerns, Adams said she'll amend the bill to exclude a raise for the mayor.

The effort to raise both the mayor's salary and the payment for each city-county councilor by $5,000 per year received skepticism and backlash after it was first reported by WFYI News two weeks ago.

When asked by WFYI, Hogsett declined to weigh in at first, leaving the decision to the current administration and council. Ballard said in an interview it seemed the move was being done "in the political dark of night."

Adams has insisted the raises are necessary and long overdue.

"As an outgoing member of the Council who has served Indianapolis for more than three decades, I believe we must do all we can to encourage citizens to become engaged in local government and public service," Adams said in the statement. "I look forward to continuing to discuss how best to do this in the days and weeks ahead.”

The last raise for mayor and councilors came in 2002. Right now, the mayor is paid a base salary of $95,000, plus an expense account and deferred compensation account. Councilors make $11,400 a year, but that's padded by a $112 per diem for each full council meeting they attend, plus bonuses for leadership posts and a smaller per diem for committee meetings.

The $95,000 salary for mayor is well below the pay for other mayors of Indiana cities and major Midwestern cities by more than $20,000 on average.

CORRECTION: The original version erroneously stated the last raise for positions of mayor and city-county councilor was in 2012. The last salary raise was in 2002.

Tags:Joe HogsettMayor of IndianapolisCity-County CouncilGreg Ballard
Support independent journalism today. You rely on WFYI to stay informed, and we depend on you to make our work possible. Donate to power our nonprofit reporting today. Give now. 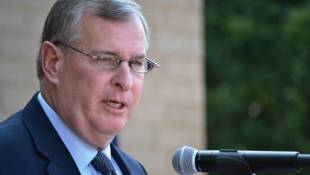 Mayor Ballard On Possible Raises: It's Being Done In The 'Political Dark of Night'

Mayor Greg Ballard doesn't argue against that the salary for mayor of Indy is low compared to other major metros, but the Republican is not entirely on board with a proposed increase being pushed by some city councilors right before new terms begin. 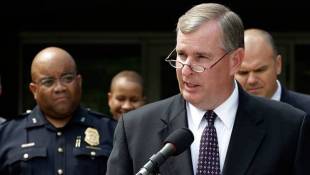 A Farewell To Eight Years Of Mayor Ballard

In just a few weeks, Indianapolis Mayor Greg Ballard will join the ranks notable past mayors of the state's largest city.