Indianapolis is one of the only major metropolitan areas without a curbside recycling program that reaches all households. A Commission on Environmental Sustainability heard presentations about the current and future state of recycling.

"I think everyone would agree that we don’t have a strong program here in Indianapolis but we could also look at that as an opportunity," Barth said.

Only 11 percent of residents subscribe to the city’s voluntary recycling service.  Recycling drop off areas are often used for illegal dumping.

"This needs to be a cultural shift for the city," Parker said. "It needs to be built into our culture that we recycle first and throw away second."

The city is currently under contract with Republic Services. The city plans to have a universal curbside program in place by 2025, when the contract expires.

"It still holds us back from a broader consensus reputation that we are a sustainable city when we don’t have affordable, accessible recycling for everyone," Mitchell said.

The environmental commission will make recommendations to the council.

Tags:recyclingIndianapolis City-County CouncilIndianapolisMarion County
At WFYI, our goal is to cover stories that matter to you. Our reporting is rooted in facts. It considers all perspectives and is available to everyone. We don't have paywalls, but we do need support. So if unbiased, trusted journalism is important to you, please join us. Donate now.

Teen Brothers Among 3 Killed In Plane Crash Near Kokomo

A preliminary investigation shows the Piper PA-32 craft was approaching the Glenndale Airport airstrip southwest of Kokomo when it struck a utility pole.
Read More 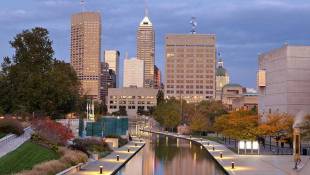 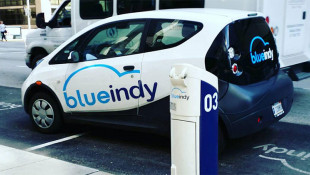 City Will Not Buy BlueIndy Stations

After assessing the options, Indianapolis has decided not to purchase the abandoned BlueIndy electric vehicle charging stations.
Read More