Brandon Duncan describes himself as fearless. So when he first heard news reports about the novel coronavirus, the 30-year-old wasn’t afraid for himself.

“I’m like, how is this going to affect Danny?” he says.

Danny is Brandon’s younger brother. He’s 25 and has a severe form of autism. He mostly doesn’t speak, which his mother says can make it difficult to tell what he needs or if something is wrong.

“You have to kind of play a guessing game and figure it out,” Connie Duncan says. “It’s a challenge, but we don’t know any different, so it’s normal to us.”

Connie says Danny is like a toddler – he needs constant supervision. During the week, that used to come from Stone Belt, a Bloomington-based nonprofit that supports hundreds of people with disabilities in south-central Indiana. At Stone Belt, Danny could spend his day doing art projects and playing games with other people with intellectual and developmental disabilities.

“Even if he didn't want to get up, all you had to do was say, ‘Let's go to Stone Belt’ and he would hop out of the bed,” Connie says.

But Danny hasn’t been to Stone Belt for three months. Like many organizations that support people with intellectual and developmental disabilities, Stone Belt had to stop its day programs in mid-March as concerns grew about the spread of COVID-19. That’s meant major changes for the Duncans and other Midwestern families. 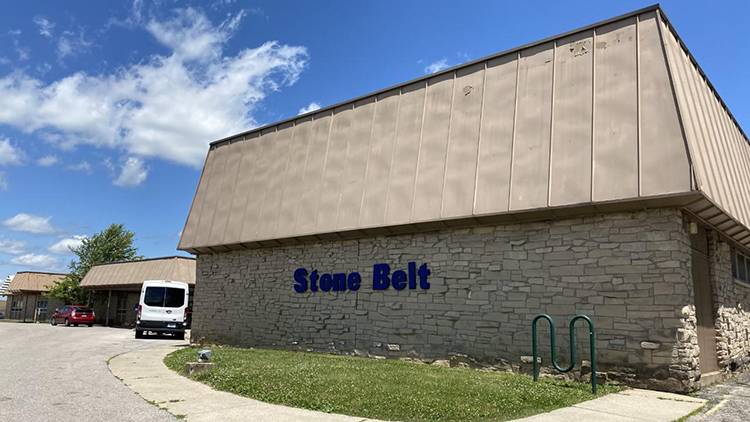 “We've kind of just thrown families into this right now amidst everything else that they're juggling,” says Mandy Rispoli, co-director of the Purdue Autism Research Center at Purdue University. “Parents have been kind of thrust into this role of interventionist or direct service provider or teacher.”

Routine is important for people with autism, according to Rispoli, and they do better in structured environments. But as families adjust to new ways of life, like working from home or online schooling, those routines are disrupted. For people with autism that can lead to tantrums or withdrawing from activities.

Without the support of Stone Belt during the day, Danny needed more help at home in Spencer, Indiana. Connie had to take time away from her job at McDonald’s to care for him. She tries to maintain a schedule for Danny, having him go to sleep and wake up at the same times each day. And she's had to be creative to keep him busy.

“We're redoing cabinets and stuff in the kitchen and we'll hand him a hammer and give him a piece of wood, because we don't want him banging on the cabinets,” Connie says. “But he tries to help and he loves to paint. But some days it doesn't matter what we try, it's not enough.”

When Connie had to go back to work, Brandon stepped in to help. Brandon understands what his brother is going through. He's also on the autism spectrum and works at Stone Belt as a direct support professional helping clients with everyday tasks. He took a leave of absence to care for Danny, and soon, the same work he did with his Stone Belt clients he was providing at home.

“I helped shower him, I fed him breakfast,” Brandon says. “I made sure he stayed engaged in some activities.”

During the shutdown, Stone Belt set up a rotating Facebook Live schedule of activities for those stuck at home. Staffers host everything from cooking and gardening classes to bingo games. But Brandon and Connie say sometimes the activities are confusing for Danny. They don’t know if he understands why he’s watching a video instead of going to Stone Belt. 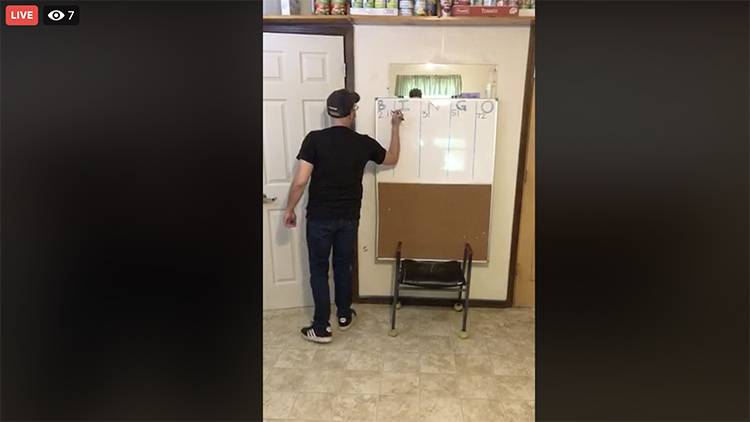 “Sometimes it kind of backfires, because he seems to be a little more upset,” Connie says. “ … He just gets depressed, or it seems like he's depressed about it, irritated about it. You know, ‘I'm done with this.’”

And Danny has shown some challenging behaviors, like yelling and hitting himself when Brandon tried to wake him up. Recently, Connie has worried Danny is losing interest in going outside for physical activity.

“It's starting to really show that he's missing it,” Connie says. “I mean, it's June and he's looking at me like, ‘What's going on?’”

But Connie and Brandon say the family has had good times too, like when she told her usually nonverbal son she loves him, and he said it back. Another time, she ran a bath with soapy water for Danny to play in.

“And he handed me something. I said, ‘Well, thank you.’ And he said, ‘Well, you're welcome.’ It's like, Did you hear that?’” she says with a laugh. “I want to make sure everybody heard it.”

Brandon and Danny also love listening to music and dancing. They like the hits from the ‘80s, like Toto’s “Africa.”

“Danny’s not much of a fan of new generation music,” Brandon says.

Recently, Stone Belt re-opened its doors for a small number of clients, which meant Brandon can go back to work. But it’s not safe for Danny yet. He can’t wear a mask for long, and he puts things in his mouth and touches his face.

“A lot of his sensory is still in touch. He’s a high-risk person,” Connie says. “If he happens to be up and awake when Brandon's leaving, sometimes he acts like he doesn't understand why his buddy is leaving and I can't go with him. So that can be a problem too. It makes him sad, it irritates him. I'm just hoping it's all over soon.”

This story is part of the Move to Include Initiative funded by the Corporation for Public Broadcasting.

Tags:autismcoronavirusCOVID-19Move to includedevelopmental disabilities
At WFYI, our goal is to cover stories that matter to you. Our reporting is rooted in facts. It considers all perspectives and is available to everyone. We don't have paywalls, but we do need support. So if unbiased, trusted journalism is important to you, please join us. Donate now. 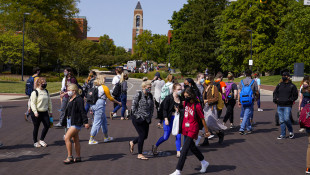 Among the 50 large U.S. counties with the highest percentages of student residents, 20 have consistently reported higher rates of new virus cases than their states have since Sept. 1, according to an Associated Press analysis.
Read More 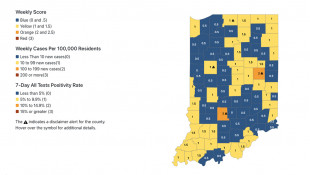 The counties that include Indiana and Ball State universities are listed as the highest-risk locations for coronavirus infections on the state health departments updated county-by-county map released Wednesday.
Read More 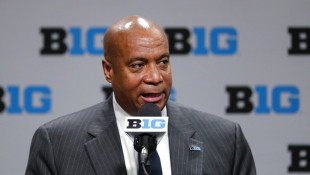