A coalition of veterans, church leaders and advocacy groups gathered at the Statehouse Monday to oppose legislation that would expand subprime lending in Indiana.

In 2007, President George W. Bush signed the Military Lending Act, which puts a 36 percent cap on payday loans for active-duty military members.  However, Hoosier veterans say the law doesn’t protect them, reservists, or the Coast Guard.

“If Senate Bill 613 becomes law, I predict Indiana will move close, if not to be no. 1 – the worst state in the nation for bankruptcies,” says Bauerle.

“A lot of these guys are on a fixed income. They don’t get more than what they get,” she says. “And life doesn’t care if your car breaks down, or your kid gets sick or you have a custody battle. Life doesn’t stop. Like I said impossible to live without these loans once you get them.”

“There are many of us that have fought and bled and died for this country,” he says. “Please don’t forget about us. I protected you at one point, now it’s time for you to protect me.”

The bill is awaiting a hearing in the House Financial Institutions Committee.

Tags:2019 legislative sessionpayday loans
Support independent journalism today. You rely on WFYI to stay informed, and we depend on you to make our work possible. Donate to power our nonprofit reporting today. Give now. 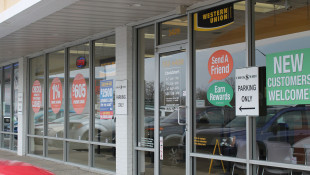 A bill to cap Indianas rate at 36 percent failed in the first half of the legislative session. Another bill, allowing different types of high-interest loans, passed out of the Indiana Senate.