Moore died in December from COVID-19 complications. In a viral Facebook video, she claimed there was racial bias in the care she received at IU Health North Hospital.

The hospital created an external review committee, which found the medical care Moore received did not contribute to her death, but not all the providers practiced cultural competence and some providers did not have awareness of implicit racial bias while caring for Moore.

Pastor David Greene, president of Concerned Clergy in Indianapolis, said his organization and several others have been asking to meet with IU Health CEO Dennis Murphy to discuss Moore’s death and racial disparities in health care.

“Some of us had ideas that we would like to have shared with the CEO Dennis Murphy, to really address disparity issues in our community in terms of health care, and establish a way for this legacy of what happened to Dr. Moore, that it wouldn't be in vain,” Greene said.

Murphy agreed to host a meeting Wednesday with 15 participants, a 60-minute time limit and an agenda set by IU Health.

Greene said that doesn’t leave enough time for community members to speak and added that some who wanted to participate were not invited to the meeting. He decided to not attend Wednesday’s meeting, and wrote a letter to Murphy Tuesday asking for IU Health officials to meet in the community so more voices could be heard.

“The issue is, when you're addressing systemic racism, give adequate time for others to respond and engage and share thoughts and ideas, not just ‘we're just gonna hear how great IU Health is and what they’ve done.’ We can read that,” Greene said.

Greene’s colleagues from the National Action Network of Indiana and the Baptist Minister’s Alliance also signed onto the letter and will not attend the meeting.

“We invite you and your staff to come out into the community and meet with us to have
candid and meaningful discussion and exchange of ideas and experiences to help shape initiatives to bring about change,” the letter reads.

Greene said he has not received a response from IU Health since sending his letter.

A spokesperson from IU Health provided the following statement:

“We had a very productive discussion with Black leaders representing a variety of African American groups. We received constructive and actionable feedback on IU Health’s diversity, equity and inclusion plans to advance racial equity in healthcare and in our communities. Today’s meeting was a valuable start to an ongoing dialogue that will continue throughout our journey to racial equity.”

Greene said there is lack of trust in the community between people of color and the health care system that needs to be addressed.

“They have to have confidence in the system,” he said. “Not discussing, not listening to key members of the community is not going to help you build confidence.”

Tags:COVID-19Dr. Susan MooreIU Healthcoronavirussystemic racism
Support independent journalism today. You rely on WFYI to stay informed, and we depend on you to make our work possible. Donate to power our nonprofit reporting today. Give now. 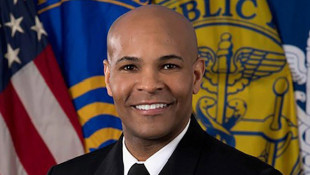