Conference Of Mayors Coming To Indy Next Year

More than 300 mayors from across the country will be in Indianapolis next summer for a conference that’s expected to attract major political office contenders.

Visit Indy and Mayor Greg Ballard announced the city will host the U.S. Conference of Mayors in late June. It’s a small conference compared to other events in the city, generating just $1 million dollars, though the convention will come with attention.

"The content, the attendees and the media coverage. This is a very unique event with high profile speakers," said Visit Indy CEO Leonard Hoops.

This year’s conference of mayors a few weeks ago in San Francisco attracted President Obama and Hillary Clinton as speakers.

Visit Indy considered bidding for the national political party conventions before the 2016 election, but Hoops said they passed because of the fundraising required and the length of time the downtown convention center would be booked for.

Ballard holds a leadership position within the conference of mayors and personally lobbied for the conference to come to Indy. While he won’t be mayor next year, he says he plans to still be involved at the conference.

The event will run from June 24 to 27. It's the 84th meeting of mayors from cities in the country with more than 30,000 residents.

Indianapolis' convention business is doing better than expected a few months after the religious freedom debate scared the state's image.

Some groups have not booked Indianapolis as a host city, citing RFRA, but bookings are still strong, according to Hoops.

"It hasn't come up that much and our year-to-date pace, we ended June slightly ahead of our overall goal for convention bookings for future years. I anticipated, frankly, a sharper drop-off," he said.

The tourism sector launched the "Indy Welcomes All" ad campaign in the weeks after the state legislature passed the religious freedom, which critics said could be interpreted as a way for businesses to discriminate against gays and lesbians on religious grounds.

Tags:Greg BallardVisit IndyConventions
Support independent journalism today. You rely on WFYI to stay informed, and we depend on you to make our work possible. Donate to power our nonprofit reporting today. Give now. 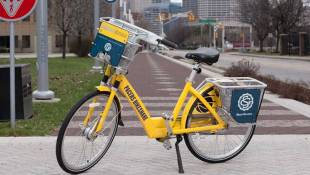 City planners hope a change to Indianapolis zoning rules will encourage residents to travel on buses, bicycles, car shares and other methods of energy-saving transportation. 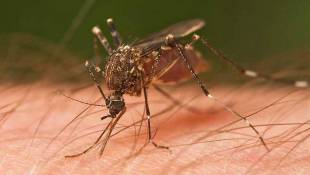 Traps set up in the Indianapolis area show populations of mosquitoes are nearly three times as high as what would normally be seen at this point in the year.

Indiana took out a more than $2 billion loan from the federal government at the height of the recession to pay unemployment benefits. It's been paying it back ever since. And as long as the state owes money on the loan, employers have to pay a penalty.