An estimated 60 percent of people in the prison system have suffered some type of traumatic brain injury or TBI. A conference Tuesday in Indianapolis for those who work in the re-entry system addressed that widespread issue.

During a series of sessions at the Marion County Conference On Re-entry a number of speakers focused on how traumatic brain injuries impair re-entry and possible solutions.

Trexler says a number of studies point to the link between TBI and increased criminal behavior. He says there needs to be better identification and treatment before a crime is committed.

“Better access to services and supports to address their behavioral impairments that area associated with the brain injury so they don’t commit the crime in the first place,” says Trexler.

Community Solutions president Lena Hackett says a diagnosis can be life-changing for people with TBI.

“Because now they know what that thing is that been going on with them that causes them to make these bad decisions over and over again and it’s not that they are just messed up people,” says Hackett.

She says the Marion County Re-entry Coalition is working to implement better screening for such injuries before prison.

“One of the things we want to do right from the beginning is anyone walking into the criminal justice system, walking into jail gets a series a screenings automatically,” says Hackett.

She says that would help address issues during incarceration and re-entry.

The conference is now in it’s fifth year.

Fountain County Clerk Paula Copenhaver said she will "not be part of the government overreach" and contends social distancing and hand sanitizer are enough.
Read More 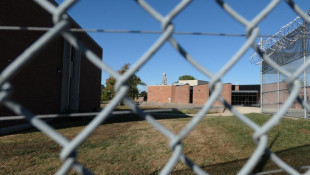 After several weeks over the summer without a reported case, new coronavirus infections are turning up at the Indiana Womens Prison, and some employees want more testing to protect those inside.
Read More