A new manufacturing facility that will produce medical equipment on the northeast side of Indianapolis is nearly complete with most contracts going to Black-owned businesses.

When Cook Medical and Goodwill of Central and Southern Indiana announced their partnership to build the facility in November 2020, they set a goal to have all contractors be minority-owned.

To date, 97 percent have been minority-owned, and the other 3 percent have come from woman-, veteran- or disability-owned contractors, according to Goodwill.

Ask anyone involved with the project how it got nearly all minority-owned contractors, and Akilah Darden’s name will come up.

“This is unheard of,” Darden said. “I don’t think it’s been done in the country, not to this level.”

Darden called the process exhausting and said a lot of people thought it wouldn’t be possible to get that many minority-owned contractors on a $16 million project. Darden worked with community development corporations, economic development groups and organizations that work with people coming out of jail and prison.

Darden’s advantage is she can talk construction, having been in the business for 23 years. She worked with subcontractors to see where the best fit might be on the project and even helped them recruit workers at job fairs and on social media. Darden guessed she helped about 20 people land jobs, including some who messaged her after seeing videos she posted on Instagram.

“We don’t get opportunities like this every day,” Harmon said. “This is big.”

The 40,000-square-foot facility will manufacture medical devices such as drainage catheters and needles for Cook and is expected to create 100 jobs initially. Workers will be employed by Goodwill, and the goal is to hire from the community around where the facility will be at 38th Street and Sheridan Avenue. The Indianapolis Foundation and Alliance for Northeast Unification are also part of the project.

Juanita Easterling, who will be the plant manager at the facility, grew up in Detroit but was born in Indianapolis and lived in the neighborhood as a child.

“The project for me is so fulfilling,” she said.

Along with the manufacturing facility, Cook Medical added a grocery store to address food access issues. The store, Indy Fresh Market, will be in front of the new facility. Two men from the Arlington Woods neighborhood will own the store.

Tags:Cook MedicalGoodwill of Central and Southern Indianajobsminority-owned businesses
Support independent journalism today. You rely on WFYI to stay informed, and we depend on you to make our work possible. Donate to power our nonprofit reporting today. Give now. 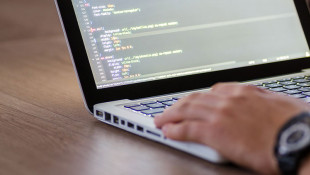 A new study suggests that Indianapolis has one of the highest percentages of workers in the nation at risk of losing their job to automation. Out of all large U.S. metropolitan areas, Indianapolis ranks 6th highest. 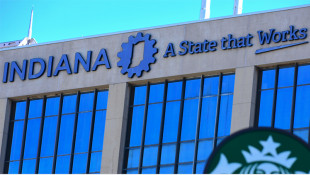 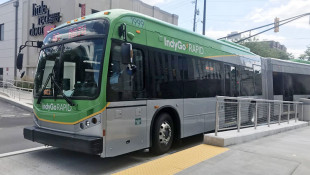 State lawmakers shot down an effort to restrict IndyGo’s Blue Line this week.