Indiana has its first confirmed case of a new condition known as multisystem inflammatory syndrome in children.

The new OptumServe COVID-19 testing site scheduled to open in Bloomington this week will be pushed back until late next week.

“We did expect it to be up and running by now, however we ran into some challenges,” Monroe County Health Administrator Penny Caudill says.

Caudill says the site ran into some issues that prevented them from having a completely safe and smooth-running operation.

The state is scheduling appointments through its website for those who want to be tested.

Patients who have fully recovered from COVID-19 may be able to help other people currently fighting it by donating their plasma.

"And that plasma with those antibodies given to coronavirus patients actually knocks out most of the virus in the patient’s body," Ross says.

Blood donations are also needed. Ross says there is a critical level of all blood types across the state.

All IN: How Service Providers Are Adapting

For groups that fight poverty and serve those with mental health issues, work didn’t stop when the pandemic hit. But it did get more complicated. All IN talks with service providers about how they’ve dealt with the pandemic and all its consequences.

They also talk with leaders from local groups, including one that supports victims of domestic violence and sexual assault, about the challenges they’ve faced and what support has been available to them.

In nearly every state and in some municipalities, interpreters are getting lots of air time during the COVID-19 pandemic, interpreting information from medical professionals and political leaders to the public.

Featured in Gov. Eric Holcomb’s daily press conferences is a sign language interpreter on the upper right hand side of the screen.

“I’ve done the State of the State address, legislative hearings and things like that, but also, but also state agencies that have to have a staff meeting,” says Andy Rork, an American Sign Language interpreter.

Rork has interpreted vital information from the governor and his cabinet for those withhearing impairments from every news conference since the pandemic began in March.

New details have been released about a program to help Indianapolis businesses pay for personal protective equipment, PPE.

The RESTART grants provide up to $5 million in reimbursements for private Marion County businesses with 150 employees or less.

Qualifying businesses may receive grants of up to $5,000 to buy equipment -- including masks, gloves, disinfection services, and improvements to ensure customer and employee safety.

Purdue University Friday released the fall semester calendar for the upcoming school year — with classes kicking off on Aug. 24 — and officially canceled July on-campus events such as conferences and camps.

The school also moved coursework for that month online, including for the Summer College for High School Students program, but the school’s Summer Start and Early Start programs will proceed in person under health guidelines from the Safe Campus Task Force. 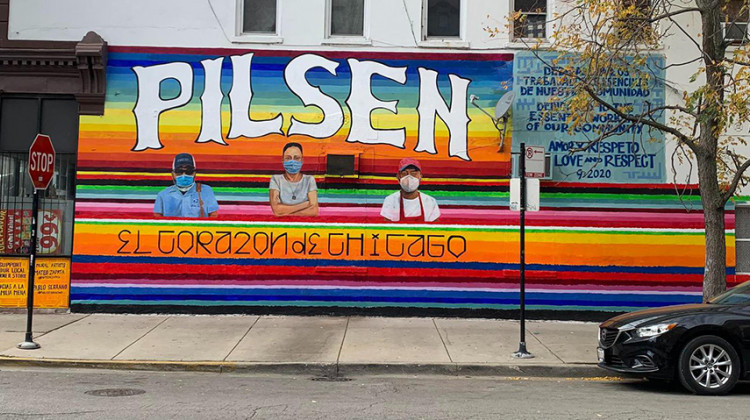