Nearly 9,000 Hoosier kids received their first COVID-19 dose in about a week – despite an error with the state’s online system, which caused cancellations. And Indiana officially filed its lawsuit against federal workplace vaccine rules.

Indiana reported 15,711 new cases in the last week – the most reported over the course of a single week in the last month. Hospitalizations have plateaued, hovering around a census 1,300 for the last few weeks.

IDOH added 182 new deaths to the state’s total in the last week.

Indiana has solved a scheduling mix-up that led to cancellation of COVID-19 vaccination appointments for children ages 5 to 11.

The state’s online system had mistakenly entered pediatric vaccine appointments as adult appointments – meaning the vaccination sites didn’t necessarily have the proper dose for children. The dose for kids 5 and older is one-third the dose for those 12 and older as well as adults.

The Indiana Department of Health said those appointments have been rescheduled.

About 9,000 kids ages 5-to-11 in Indiana have already received at least one dose of the COVID-19 vaccine — just eight days after pediatric appointments opened.

READ MORE: Are COVID-19 vaccines safe for kids? Here's what you need to know

The pediatric dose is one-third the size of the dose for Hoosiers 12 and older. Hoosiers ages 5 to 17 can only receive the Pfizer vaccine.

Parents or guardians can register their children 5 or older at OurShot.IN.gov. If you’re in need of assistance, you can call 211.

Due to Indiana's status as having a "state plan" for workplace safety, it would also affect roughly 30,000 state employees and 260,000 local government employees.

In the lawsuit, Attorney General Todd Rokita's office argues the Occupational Safety and Health Administration was created to focus on heightened risks in specific industries, not to regulate broad risks across all industries. It said the new rule could force a burdensome cost of testing onto employers and employees.

Finally, lawyers for Indiana argue COVID-19 isn’t a "grave danger" – a standard that must be met to justify an emergency rule.

Most Hoosier third graders passed IREAD, but some students are still being left behind

Most Hoosier third graders are on track with their reading skills according to newly released testing data. But results for Indiana’s third grade literacy assessment also show some groups of students are still being left behind as the pandemic continues.

The good news is that roughly 81 percent of Indiana’s third graders passed the IREAD-3 this year.

The bad news is that the state’s overall passing rate is about six points lower than it was in 2019, and some groups of students saw passing rates even lower than that.

Black and Hispanic students, for example, passed IREAD at 62 and about 69 percent, respectively. Special education students passed at a rate of about 52 percent, and students on free and reduced lunch passed at roughly 72 percent.

Indiana Department of Education spokesperson Holly Lawson said the state will send literacy coaches who are experts in the Science of Reading to schools with the greatest need.

The state is already more than half a billion dollars ahead of its budget plan.

Indiana collected $137 million more in October than budget projections expected. Combined with higher-than-anticipated collections in July, August and September as well, that puts revenues more than 10 percent ahead of the new state budget plan.

And this run of positive revenue collection isn’t new. Over the last 16 months – dating back to the earliest days of the pandemic – Indiana has failed to meet budget expectations just once.

Holcomb also suggested those tax cuts might wait until 2023, when lawmakers write a new state budget.

Indiana has enjoyed record revenues and surpluses in recent years. And those higher-than-usual revenues have prompted lawmakers to debate cutting taxes.

Holcomb said a factor in the tax cut debate will be trying to gauge when economic growth naturally slows and how cutting taxes will affect future revenues. 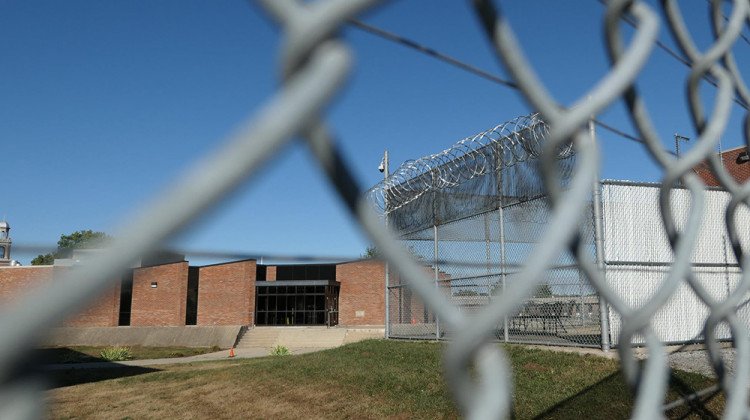 In early January, fewer than 100 incarcerated people had the virus. As of Wednesday, the Indiana Department of Correction reported 571 positive cases.
Read More 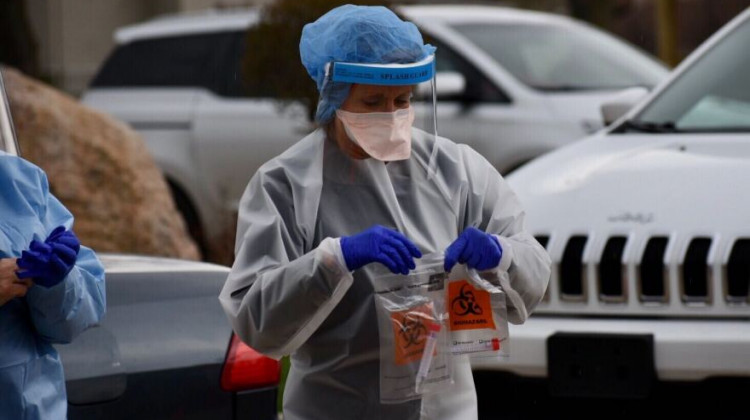 As COVID overwhelms health departments, some scale back on contact tracing

As the omicron surge continues, health officials in some states have given up trying to trace close contacts in all cases. That shift, combined with recent changes in isolation guidelines, is leaving many confused and unsure what to do.
Read More 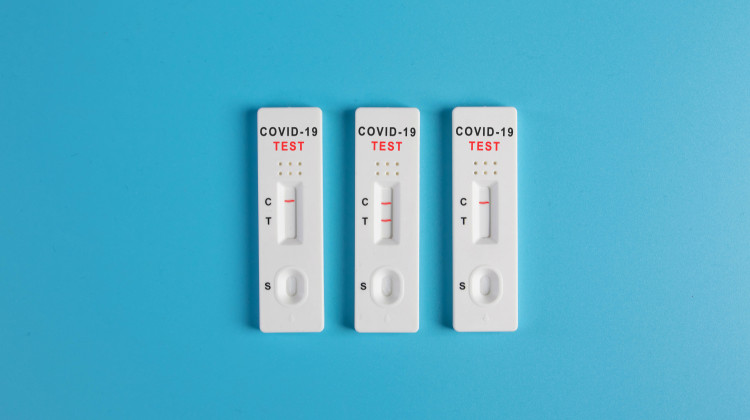