The continued stress from COVID-19 has heightened mental health problems nationwide. And some experts say that has led to an increase in drug overdoses.

Now COVID-19 cases are surging again, especially in the Midwest. Illinois officials are urging people to stay home. Other states such as Indiana and Iowa are adding restrictions to limit gatherings.

That worries Brandon George, Director of the Indiana Addictions Issues Coalition. He says restrictions might shut down recovery meetings for Narcotics Anonymous and other groups — just like in the spring.

“We were lucky that with the seasonal timing of the first round of shutdowns,” George says. “A lot of the meetings, a lot of meeting with other people and getting that community connection, we were able to improvise and do that outside.”

In winter, that might not be an option. And for people with substance use disorder, George says isolation can be deadly.

“We're finding less and less safe ways to be able to interact with folks,” he says. “And addiction is deadly, alcoholism is deadly. For some people, that might be the most deadliest piece of health care-wise for them.”

But George says that might have done more harm than good for those with substance use disorder. “The solution for one pandemic, was the opposite of the solution for the overdose crisis/epidemic that we're having."

Overdose rates are increasing nationwide. In Indiana, where overdoses started to go down in 2019, emergency departments are seeing a more than 80 percent rise this year. And overdose deaths increased more than 30 percent between January and May.

The pandemic has made a lot of problems worse — including depression and anxiety. And that means more people might be turning to drugs and alcohol.

Dr. Kurt Kroenke, a researcher at Indiana University School for Medicine and the Regenstrief Institute, says it's common for people with substance use disorder to also have clinical depression or anxiety.

“The technical term is called comorbidity and comorbidity means patients have more than one condition ... " he says. "They're at much greater risk of also suffering from depression, a probably a third to half or more ... as well as their problem with opiates.”

“It's kind of like a scapegoat from anything. Like whether it's anxiety, anger, anything you're going through, when you do it, you just feel completely numb,” Ferren says.

Ferren says he got clean this year.

The pandemic has made it more of a struggle for Ferren. He still gets the urges that led him to drugs.

“So like, sitting at home, I would have those thoughts in my head to use,” he says. But I remember I had hit that point of sitting there, saying, 'You know, I don't want to go back to what I used to do.'” 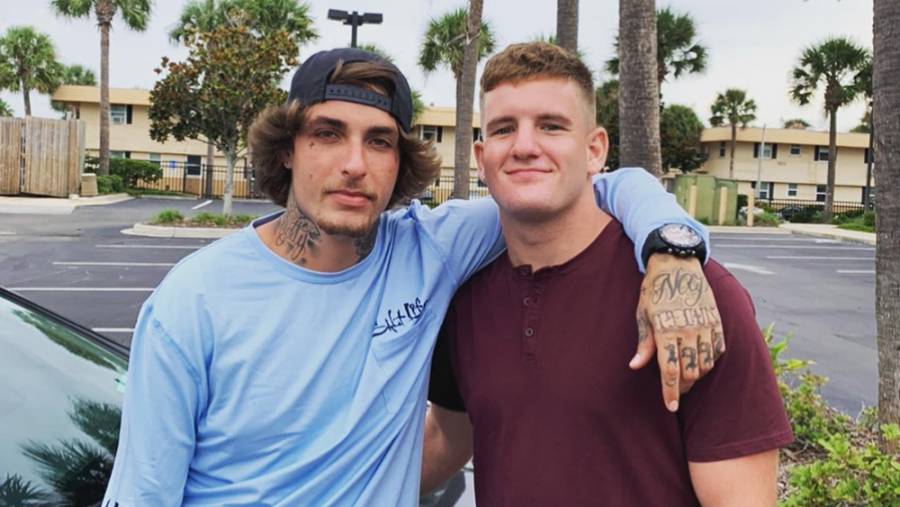 Kroenke is working on a study that helps treat depression and opiate use disorder simultaneously.

“You can imagine the person who has problems with opiates and depressed, it's going to be more difficult for them to participate in treatment for their problem with opiates,” he says. “And likewise, someone who's depressed is going to be less likely to be interested in decreasing their opiates.”

Meanwhile, George and the Indiana Addiction Issues Coalition are preparing for the state legislature’s next session in January.

“COVID is not going anywhere,” George says. “The overdose crisis isn't going anywhere. And we got to really make sure that we stay focused on both of those things.”

They’re pushing for more telehealth flexibility and an extension for the state’s syringe exchange program. Those resources can help the recovery community even after the pandemic ends.

For more resources and to learn more, head to www.Indianarecoverynetwork.org.

Or call Indiana 211 to connect with a peer.

Tags:coronavirusCOVID-19addiction treatmentmental healthdrug overdose
Support independent journalism today. You rely on WFYI to stay informed, and we depend on you to make our work possible. Donate to power our nonprofit reporting today. Give now.