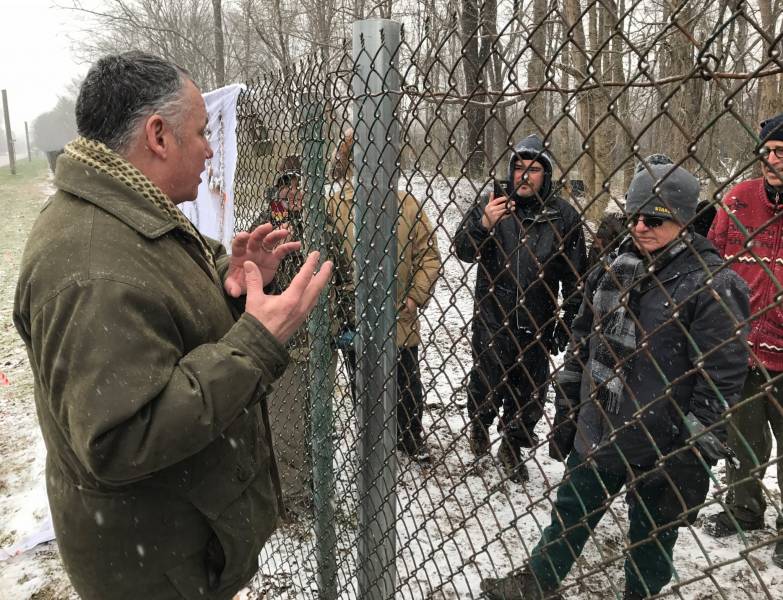 
A construction project at Crown Hill Cemetery has been stopped until further notice, according to lawyers representing the Indiana Forest Alliance.

About 20 protesters huddled in the cold at Crown Hill North Woods Monday afternoon, in what became a successful attempt to save a section of old-growth forest in Indianapolis. The protest lasted over six hours.

Some stood on the side of the nearby road, but others found a way onto the federally-owned property.

Lori Perdue is a 48-year-old Air Force veteran, and started protesting at 6:30 am.

“As a veteran I felt like it was my responsibility to stand here and say, ‘No, I don’t want this resource to be gone, I don’t want this beautiful place to disappear.’ This is why I took an oath, these are the things we are supposed to protect,” Perdue says.

The U.S. Department of Veterans Affairs bought the 15 acres of land last year to build a columbarium, which holds urns. 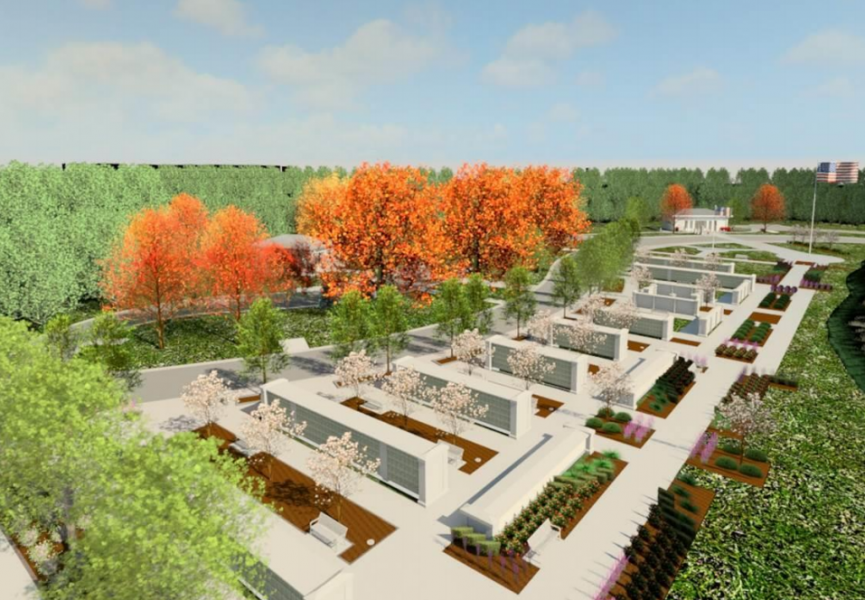 
The Indiana Forest Alliance has fought to stop the project ever since, to save trees the group says are over 400 years old. At around 1:00 pm the protest got a visit from Russell Sipes, an attorney working for the Forest Alliance, who came to make an announcement.

“This morning the Veterans administration, the National Cemetery administration decided to issue a stop work order," Sipes said. "It’s 'until further notice,' and they’ve been instructed to open more dialogue with the protestors and the people of the community.”

Sipes says the VA told him it will reach out to protestors, and that work on the project won’t begin until those talks happen.

“We’ve won part of this battle," Perdue says. "We will stay in this fight, but it’s a very happy moment here.”

Less than one week prior to the Monday protest Indianapolis Mayor Joe Hogsett joined opponents of the project, urging the VA to consider alternative sites for the columbarium.

Tags:Veterans AffairsIndiana Forest AllianceCrown Hill Cemeteryold growth forestcolumbarium
Support independent journalism today. You rely on WFYI to stay informed, and we depend on you to make our work possible. Donate to power our nonprofit reporting today. Give now.

A proposal in front of the Department of Metropolitan Development designates a new redevelopment area plan for Martindale Brightwood.
Read More