The former President of Butler University passed away, Monday.

The highlight of Fong’s decade at Butler came near the end, with the men’s basketball team's first of two runs to the Final Four.

But, current President Jim Danko says Fong’s tenure is defined by how he helped enhance the university’s academic profile.

"That's where he put his attention, ensuring that we attract and retain the best faculty possible," said Danko.  "He raised the standard and profile of the students and faculty alike that served at Butler.  Those are the foundation pieces that really start to get a university recognition."

Danko says Fong was a president who wanted personal relationships with the student body, but says his reach extended beyond campus.

"Bobby brought a high level of grace and gentlemanly approach and that was definitely seen and appreciated by the business community and the foundations and organizations across the region, so from that standpoint, I would say that his legacy was that it only helped to raise the profile of Butler," said Danko.  "Every great city needs a great university and as such, it helped the entire community."

After Butler, Fong went on to serve as president of Ursinus College in Pennsylvania.

Indianapolis Mayor Greg Ballard said, "Winnie and I extend our deepest sympathies to President Fong’s family, friends and the entire Bulldog Nation. Bobby Fong was a well-respected scholar and a major part of the advancement of Butler University.  Bobby was an avid baseball fan pulled from life’s starting lineup too soon." 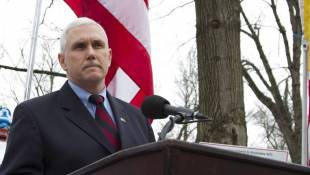 Indiana Gov. Mike Pence says people shouldn't read too much into his first trip to Iowa as governor. 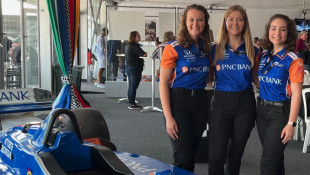