Distilleries, Breweries Help Fill Hand Sanitizer Needs Amid the coronavirus threat, demand for hand sanitizer has skyrocketed, creating shortages. Some of the most vulnerable are in desperate need and distilleries across the country are pitching in to help meet the demand.urlHotel Tango, hand sanitizer, coronavirus, COVID-192020-04-02T00:00:00-04:002020-04-02T00:00:00-04:00
Unable to load the audio player.
You could try direct download?
playpausemuteunmute
Original story from   WFYI-FM 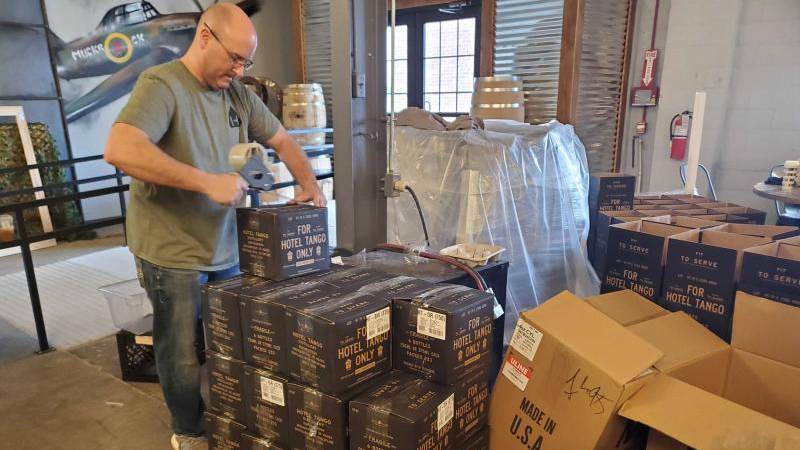 The distillery near downtown Indianapolis usually is focused on producing bourbon, rye and other liquor. But when the coronavirus hit, CEO Travis Barnes saw a very different need that his company could fill.

“Well I was actually reading about people making [sanitizer] incorrectly and that they weren’t actually making anything to actually kill germs so we have the facility, we have the ingredients on hand to really produce that. So we just shifted gears to produce an actual hand cleaner,” he says.

Amid the coronavirus threat, demand for hand sanitizer has skyrocketed, creating shortages. Some of the most vulnerable are in desperate need and distilleries across the country are pitching in to help meet the demand.

“I feel really good that we're able to help,” says Barnes. “I think it's a needed product right now to keep people healthy. And I'm proud and, you know, humbled that our company is able to provide that for everybody else out there.”

“I think it was the FDA just wants to provide some guidance to manufacturers, pharmacies and pharmacists, as well as non-traditional manufacturers ... giving them some guidance so that we are reminded of certain key things, and actually some simple rules to follow so that the products are both safe and effective,” says Barnes.

Now dozens of microbreweries and small distilleries across the U.S. are helping out. So are giants like Anheuser-Busch.

Barker says to make effective hand sanitizer it must be at least 60% ethanol, and include hydrogen peroxide and glycerol. The final product might be unfamiliar to consumers.

“The consistency of the FDA-approved products is going to be different than what you might find in the traditional over the counter products like Purell," he says. "It's going to be a much thinner consistency, because of the limitation in terms of what's going into the simplification."

Hotel Tango has received requests for sanitizer from around Indiana and the nation. Once federal approval was in hand, the first batch of about 4,000 bottles headed out for delivery -- for free.

One box went to the Patachou Foundation, an Indianapolis organization that provides meals to school children. Executive Director Matthew Feltrop says the week after city schools closed, the organization made 8,500 meals, compared to the usual 2,000. But the people making deliveries needed sanitizer.

“I actually went personally to 10 different grocery stores in town,” says Feltrop. “I called all of our suppliers who were having a hand sanitizer backlog for months. And they weren't making any promises for when it would come in. And so we were kind of out of luck.”

In the Patachou lobby, a box of hand sanitizer from Hotel Tango sat open. It had been delivered earlier that day.

After having only about two ounces of hand sanitizer to last a week for use while out in the road, Feltrop says the supply will help keep team members safe while delivering meals. "There is like a drop left in the bottom of the bottle and we now have a case from Hotel Tango that we'll be able to use probably for the next month.”

Now, House Manager Nick Hinton says, the biggest challenge is getting bottles for the sanitizer. The distillery partnered with an Evansville manufacturing company, Barry Plastics, for 77,000 bottles.

“So that's going from 4,000 on our initial bottle purchase to 77,000 is a pretty big jump but that just means that we've got plenty of work to do for those of our staff that have stuck through all of this for the foreseeable future,” says Hinton. 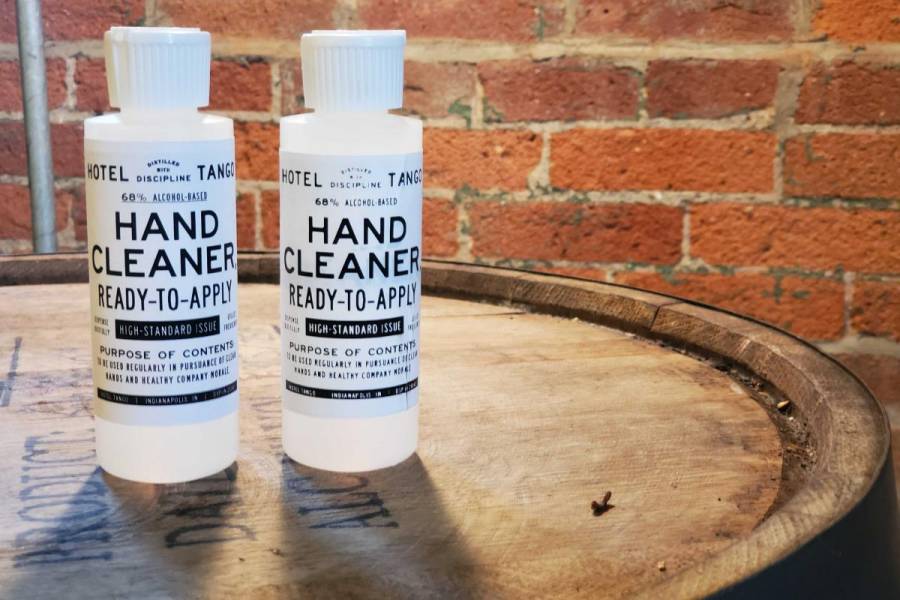 Some people are still making sanitizer at home. But Eric Barker says FDA-approved businesses like distilleries and pharmacies bring a guarantee of effectiveness.

“Giving guidance to those that have the core knowledge around percent alcohol particularly, and compounding so we can get the product safe and effective products into the hands of consumers is the priority in this time,” says Barker.

Barker adds one note of caution. While sanitizer does help, he says washing hands is still the most effective measure to prevent the spread of the virus.

This is a rapidly evolving story, and we are working hard to bring you the most up-to-date information. However, we recommend checking the websites of the Centers for Disease Control and Prevention for the most recent numbers of COVID-19 cases.

Tags:Hotel Tangohand sanitizercoronavirusCOVID-19
At WFYI, our goal is to cover stories that matter to you. Our reporting is rooted in facts. It considers all perspectives and is available to everyone. We don't have paywalls, but we do need support. So if unbiased, trusted journalism is important to you, please join us. Donate now. 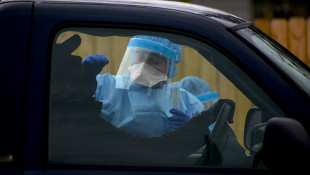 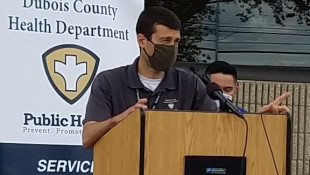