In the decades he’s spent as a pediatrician, Dr. Christopher Wilhelm has never had to treat a child with rubella.

“People have just been so used to getting shots and getting their vaccines, and that’s keeping disease down of many things that were very traumatic to children," Wilhelm said.

The disease, which can cause miscarriages and stillbirths, used to be fairly common in the U.S. Now, fewer than 10 people per year contract it, according to the Centers for Disease Control and Prevention. That's thanks to a decades-long campaign to immunize kids across the country against rubella, measles and mumps.

But Wilhelm, a pediatrician with University of Missouri Health Care, worries these deadly diseases could have a resurgence in Missouri and across the country.

“We would hate for something large, basically having another pandemic with a certain disease on top of the ongoing COVID pandemic,” Wilhelm said.

Many people have deferred or fallen behind on routine preventative visits, and for children, that means falling behind on the set schedule of immunizations they’re supposed to follow. A recent report from the American Academy of Pediatrics and the Georgetown University Center for Children and Families found children have missed some 11 million routine vaccinations over the course of the pandemic.

Nicole Cope is the executive director of the Missouri Immunization Coalition. Her group is working on a campaign to increase both routine childhood inoculations and COVID-19 vaccinations. She says the group is tailoring its efforts to underserved parts of the state.

The coalition has already launched public service announcements to raise awareness of the lag in childhood vaccinations. The group has also put together resources for providers on subjects such as talking to parents about vaccinations. Cope worries the resistance to the COVID-19 vaccine could have a ripple effect that outlasts the pandemic.

“There’s such a polarization around the COVID-19 vaccination,” Cope said. “It really, really does have the potential to affect normal childhood vaccinations.”

But Cope’s work to reduce COVID-19 vaccine hesitancy through outreach just got a boost: The Missouri Immunization Coalition recently signed a $2.5 million contract with the state to improve vaccination rates over the next year.

Pfizer’s COVID-19 vaccine also recently received full Food and Drug Administration approval for people ages 16 and older, and it has emergency use authorization for individuals ages 12 and older.

While different states use different age brackets when reporting vaccination demographics, the youngest people are the least vaccinated, according to national data. In Missouri, less than a third of children between the ages of 12 and 17 have been fully vaccinated. In Indiana, for example, kids between the ages of 12 and 15 account for just 3 percent of fully vaccinated individuals, a slightly smaller portion than in Iowa, where they make up 3.5 percent.

Dr. Lisa Costello is a pediatric hospitalist at West Virginia University and the president of her state’s chapter of the American Academy of Pediatrics.

“We really, as pediatricians, have been encouraging parents to contact their pediatricians to see if their child fell behind,” she said.

For Costello, pediatricians are playing catch-up to stop outbreaks of preventable but potentially deadly diseases such as whooping cough ahead of the school year.

“Right now, we need to use all the tools we have in our toolbox, and we need to prioritize getting children back to school alongside their friends and their teachers,” Costello said.

Tags:childrenhealth careimmunizationsvaccinesCOVID-19
Support independent journalism today. You rely on WFYI to stay informed, and we depend on you to make our work possible. Donate to power our nonprofit reporting today. Give now. 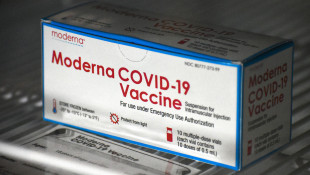 State health officials are encouraging eligible Hoosiers to get a third shot of the COVID-19 vaccine. This additional dose is different from the booster shots recently announced by the Biden administration. 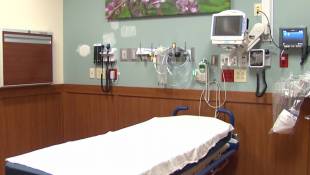 IU Health To Suspend Half Of Elective Procedures, Amid COVID Surge

The state's largest health system says affected patients are being notified and their procedures will be rescheduled in about three weeks.