The high cost of certain medicines would be studied under a bill proposed at the Indiana Statehouse.

Advocates for affordable insulin have called on lawmakers in the past to address drug pricing issues. This year an online petition was signed by more than 800 people.

Rep. Robin Shackleford (D-Indianapolis) says she authored a proposal to study why the price for drugs, like insulin, continues to increase.

"Whether it’s coming from the manufacturers, the distributors, from pharmacy benefit managers, I think everyone wants to know where that price elevation is coming from," Shackleford says.

Those who testified in support of the bill say high costs often lead to people rationing or skipping their medication.

An Eli Lilly representative also spoke in support of a comprehensive study.  The House Public Health Committee passed the bill, moving it to the full House.

Tags:2019 legislative sessiondrug prices
At WFYI, our goal is to cover stories that matter to you. Our reporting is rooted in facts. It considers all perspectives and is available to everyone. We don't have paywalls, but we do need support. So if unbiased, trusted journalism is important to you, please join us. Donate now.

The ACLU's request noted prisons and jails are particularly vulnerable to disease outbreaks. And it urged the state to -- at least temporarily -- release jail and prison inmates who are in high-risk categories from the virus.
Read More 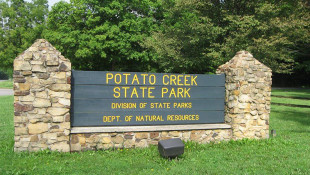 State parks remain open, but with some restrictions. Campgrounds are closed and so are most restrooms. Trails are off limits to mountain biking and equestrian use.
Read More