Latasha Marshall waits for a cab. She sits in the lobby of a Hilton Garden Inn, which serves as her living room this week. The Environmental Protection Agency put her up for the week so the agency can deep clean her home; it tested for high levels of lead.

“The other night when we first got here, I went to sleep and I woke up and I was at ease,” Marshall says. “I haven’t been sleeping like that at home.”

Once it’s clean, she can return with her daughters, ages 11, 16 and 17, but not to stay. Her housing complex sits on a superfund site, where the soil contains lead levels over 100 times higher than what the EPA says is safe. This is especially hard for Marshall, because this home was the first she could afford in several years. She moved here after living with relatives in Chicago, Illinois.

“It’s hurtful,” she says. “I wake up sometimes and am just like ‘man, what’s the next step, what are we going to do?’”

The cab arrives at the hotel to get Marshall, who doesn’t have a car. Her youngest daughter used to walk to Carrie Gosch Elementary School, which was right next to her apartment. The school the taxi takes her to is the new Carrie Gosh. It was an empty, former middle school a few months ago.

The old Carrie Gosch Elementary School building sits right next to the West Calumet housing complex, so it’s also on the Superfund site.

The Decision to Move Hundreds of Students

One section of soil at the old building tested at dangerous lead levels. So superintendent Paige McNulty decided to move the hundreds of students to a former middle school located across town.

McNulty says she made this decision quickly, just nine days before school started, when she found out about the contamination.

“We made the decision on a Saturday and school started the following Monday,” McNulty says. “So we literally had about five days to move the school.”

And McNulty faced a bigger problem:

“It was a middle school, and the school we were moving was a pre-K through sixth grade so I had little, little-bittys moving to a middle school arena,” McNulty says. 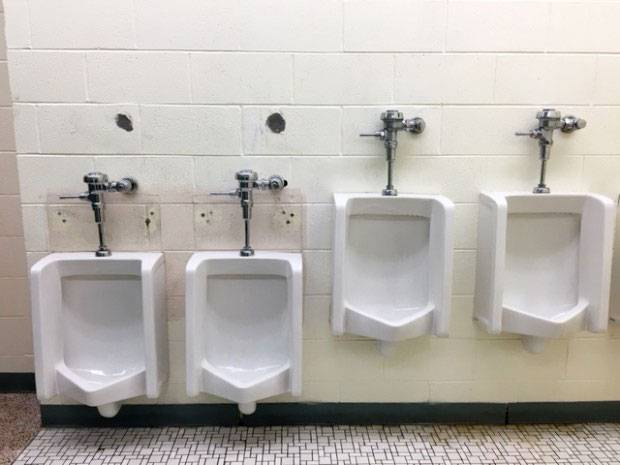 When Carrie Gosch Elementary decided to move into an old middle school, the district had to make adjustment to accommodate the younger students. Toilets, counters, and other structures within the school had to be lowered. Photo: Claire McInerny/Indiana Public Broadcasting

In less than a week, contractors worked 18-hour days to lower water fountains and toilets, put the IT infrastructure back in the school and get the kitchen up to code. The district received a $3 million loan from the state this month to pay for these costs plus future construction to make the building an elementary school.

McNulty is also trying to make the students feel safe at school. For example, Marshall’s sixth grade daughter, Ashley, had no idea what lead was until she heard it was under her home.

“I’m kind of like ‘what is that?’,” Ashley says. “Then they mentioned it was poison and of the ground and it’s been in there for over 40 years and they didn’t tell us.”

To help kids like Ashley, McNulty says they’re bringing the discussion into the classrooms.

“So the teachers got together and wrote lesson plans on water, air, lead, soil so that the kids feel like they’re getting some sort of education in their lives so it’s not a scary unknown thing,” McNulty says.

Now that students are settling in, and the district received the loan to address construction costs – McNulty is struggling with other logistical problems that come with moving the school to a new building.

“One of our biggest challenges is we were not anticipating busing all those students because those students had been walkers,” McNulty says. “Now we had to bus 450 kids to a school that we had not anticipated. We did not have enough bus drivers or buses, and we still don’t. We’re having to double and triple up routes.”

She’s also concerned about how fast her enrollment is dropping. So far this year, 200 students switched schools because of the lead, whether it was to attend another East Chicago school or because their family left the town because of the lead. This is harmful to the district as a whole, because the way school funding works in Indiana, the money follows the student. When students leave, the district loses money, and McNulty is watching her state funding dwindle.

To try and combat this, the district is offering to bus any kid who leaves East Chicago to attend school in neighboring towns back to their East Chicago school.

But leaving East Chicago and the school district – is exactly what Marshall is thinking about doing. She moved to East Chicago from inner city Chicago, Ill.

“I wanted to leave Chicago,” Marshall says. “I didn’t want to be there with all the violence and everything going on– kids are not safe. And that was my big issue so I wanted to bring them to a better environment, and apparently not.”

So now, Marshall is hoping her voucher from the The U.S. Housing and Urban Development agency to move covers the cost of moving back to Chicago, but to the suburbs this time. 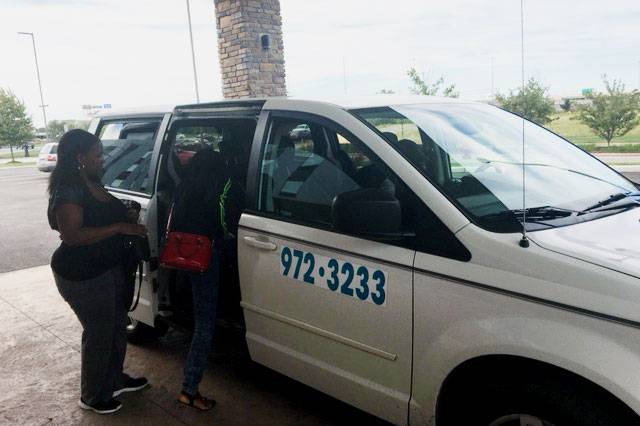 Latasha Marshall and her daughter Janae get into a cab, paid for by the EPA, to pick up her other daughters from school. She doesn’t have a car, and her kids used to walk to school, so when the EPA put them up in a hotel, a cab was the only way to get the girls to and from school. Photo: Claire McInerny/Indiana Public Broadcasting

Tags:East ChicagoleadWest Calumet Housing Complexlead contaminationCarrie Gosh Elementary School
Support independent journalism today. You rely on WFYI to stay informed, and we depend on you to make our work possible. Donate to power our nonprofit reporting today. Give now. 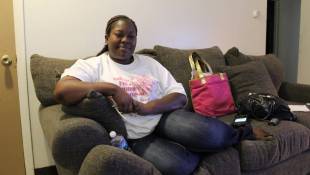 Hundreds of families living in the West Calumet neighborhood have been told to find new homes by November. 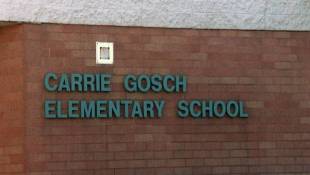 The northwest Indiana district will use the $3 million loan to pay for renovations that took place before school started and remaining construction, remodeling and repair.