Residents at East Chicago, Indiana’s toxic Superfund site got an opportunity Wednesday to voice their concerns on the Environmental Protection Agency communication about health risks.

For two hours, residents told the EPA’s Office of Inspector General about why they feel mistrustful of the agency. Many residents said the EPA failed to communicate potential health risks, or dismissed their concerns about the effectiveness of the toxic cleanup. Larry Davis, a local activist, called the EPA’s lack of communication “criminal.”

“Two hours for this meeting is not enough for you to really understand what’s taken place in this community,” Davis says.

OIG project manager Jill Trynosky says East Chicago was the top of their list when choosing cities for listening sessions in the hopes of learning about what created a distrust between the community and the EPA.

“What went well and what didn’t go well. And you know, what are some areas where EPA could make some real changes,” Trynosky says.

For their part, members of the Community Action Group say they feel heard. Tara Adams is a member of the group, and was a former resident of now-demolished West Calumet Housing Complex.

"We're hopeful," Adams says. "Until we're given reason not to be."

The OIG will provide a public report in the next five to six months to the EPA and Congress on recommendations the agency should take. 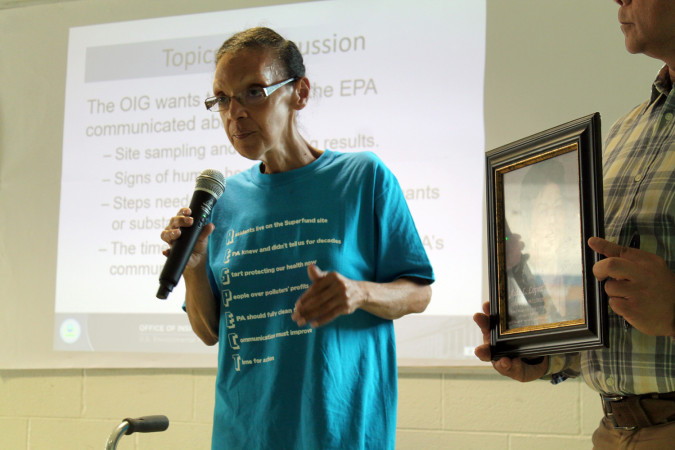 Tags:Environmental Protection AgencySuperfundEast Chicago
Support independent journalism today. You rely on WFYI to stay informed, and we depend on you to make our work possible. Donate to power our nonprofit reporting today. Give now.