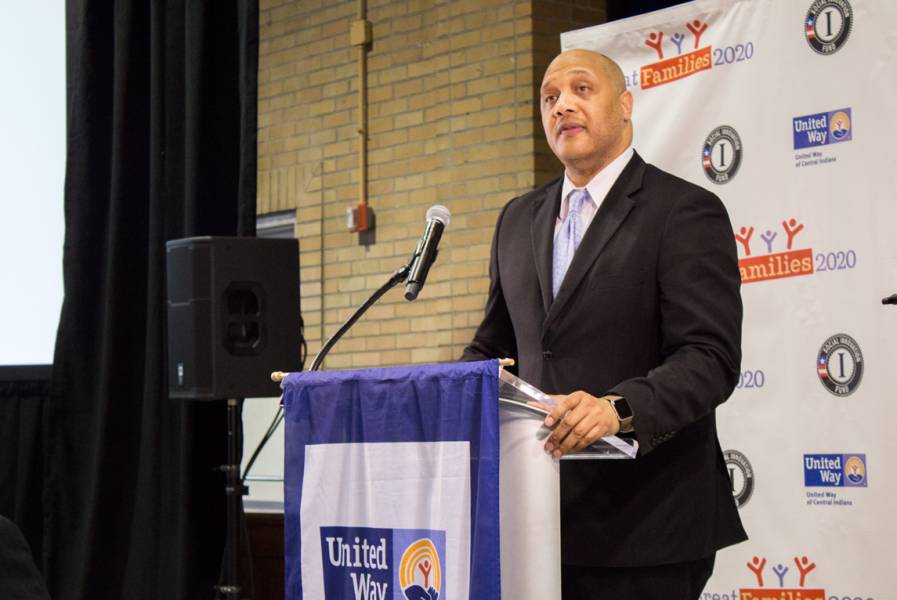 Rep. André Carson spoke at the Tuesday event, saying the program is a new chance to strengthen Indianapolis. (Photo by Drew Daudelin)

The goal of the five-year project is to help families become financially stable in four key areas of Indianapolis.

The first recipient of Great Places 2020 is the Edna Martin Christian Center. The east side facility, which provides social services for families in the neighborhood, will receive $350,000.

“If you establish a neighborhood network, of comprehensive integrated services that serve the whole family," Murtlow says, "then more children will enter kindergarten ready to learn, more parents will acquire the skills necessary to have career track jobs, and then the result is that more families can be financially stable.”

United Way says it will announce a second round of grants for the project this August.

Tags:povertyChasing the Dreamgreat places 2020grantsUnited WaysEdna MartinAnn Murtlowself-sufficiency
Support independent journalism today. You rely on WFYI to stay informed, and we depend on you to make our work possible. Donate to power our nonprofit reporting today. Give now.