Gov. Mike Pence called on the Indiana General Assembly to make education a major focus of the 2015 session. To help explain the legislative issues, 90.1 WFYI’s Eric Weddle and Christopher Ayers will discuss a related topic Fridays during "Morning Edition."

Eric and Chris discuss a proposal that would end the ISTEP and other standardized tests and replace them with an "off-the-shelf" national test. Senate Bill 566 would end the tradition of Indiana hiring an outside company to design the ISTEP. Instead, the State Board of Education would be tasked with choosing an already available exam that could also replace high school end-of-course exams and the state’s third-grade reading test, IREAD.

Eric and Chris discuss House Bill 1638 -- proposed legislation that would give the State Board of Education greater oversight when it comes to school intervention. It would reduce the amount of time it takes for a failing school to require intervention from six consecutive Fs under the states A-F acountability system, to four consecutive failing years.

House Bill 1638 would also allow the state board to create transformation zones within a school corporation -- such as a failing middle school and the elementary schools that feed into it -- and assign an outside group to help the district improve the schools.

As part of the discussion State Superintedent Glenda Ritz voices her opposition of the bill, school board member Daniel Elsner explains the need to speed up intervention, and Indianapolis Schools Superintedent Lewis Ferebee explains why the legislation has pros and cons.

As part of the discussion State Sen. Karen Tallian, D-Portage, raises concerns over the costs, and Pence touts the program to Washington, D.C. lawmakers.

State Board of Education

Eric and Chris discuss the ongoing conflict between State Superintendent Glenda Ritz and the State Board of Education. 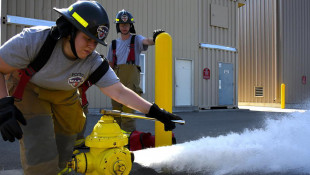 As many work to combat misinformation about social emotional learning's value in schools, educators are pointing out its real-world impact.

Indiana Lawmakers is now in its 40th season keeping Hoosiers updated on the hottest issues being debated by the State Legislature. Host Jon Schwantes and legislative analyst Ed Feigenbaum take you behind the closed doors of the Statehouse to keep...