Senator and presidential candidate Elizabeth Warren (D-Mass.) made a campaign stop in Elkhart Wednesday. She used the RV Hall of Fame as the backdrop for pushing a jobs policy she released earlier in the week.

Warren’s presidential campaign is all about plans and she’s hoping her newest one will resonate with voters in Indiana.

“And this is a plan to produce about 1.2 million new jobs here in America," she says. "Manufacturing jobs, union jobs, good jobs.”

Warren told voters in Elkhart that, if she’s elected president, she’d invest $2 trillion over the next 10 years into researching, manufacturing, and exporting sustainable products. Part of that involves creating a new federal agency to sell American products abroad while requiring domestic government entities to buy them, too.

She says it’ll help reverse climate change while boosting the economy in manufacturing-heavy states like Indiana.

“One, it helps clean up,” Warren says. “Two, it gives guaranteed demand for the products that are being developed.” 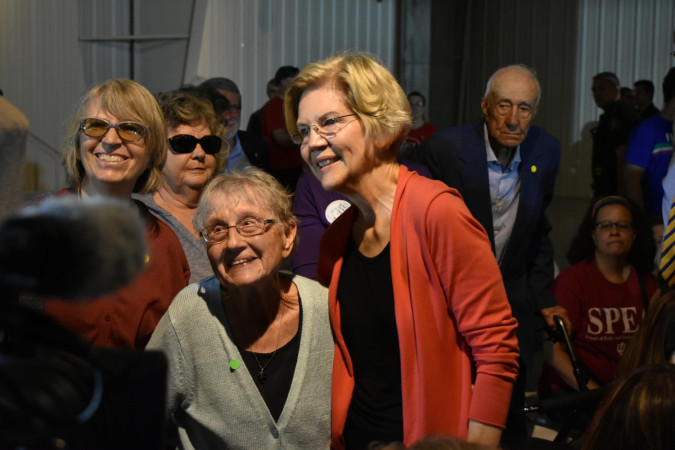 Tags:2020 electionElizabeth WarrenElkhart
Support independent journalism today. You rely on WFYI to stay informed, and we depend on you to make our work possible. Donate to power our nonprofit reporting today. Give now.

The U.S. Supreme Court is set to hear arguments Wednesday in a case that could upend federal elections across the country.
Read More