After four terms, Curtis Hill wants to move up from Elkhart County prosecutor to be the state’s top lawyer. The Republican announced his bid for attorney general Monday morning, hoping to replace Greg Zoeller, a fellow member of the GOP.

"Be assured, that the same dedication to service that you've come to expect, and deserve, will continue on if I'm elected as your next attorney general," he said at a press conference in downtown Indianapolis.

He said he will protect Hoosiers from the “ravages of violent crime.”

Hill said like Zoeller, he’ll work to properly balance regulatory demands from Washington with state interests, "always recognizing that the constitutional authority of our state to exercise its own sovereignty, our own independent judgement must never be trampled by the ever-growing Washington bureaucracy."

Zoeller is not seeking re-election. He is instead running for Indiana’s 9th congressional seat.

Former Lake County judge Lorenzo Arrendondo is the only registered Democratic candidate for the position. He’s Hispanic. Hill is African-American. Party conventions will select their candidates for attorney general in June.

Tags:Election 2016Greg ZoellerIndiana Attorney GeneralCurtis Hill
Support independent journalism today. You rely on WFYI to stay informed, and we depend on you to make our work possible. Donate to power our nonprofit reporting today. Give now. 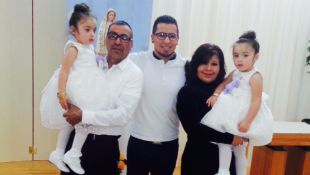 Jesus Hernandez and his family have lived in Indianapolis for almost 20 years. After being arrested and placed in deportation proceedings, his family and friends are calling for his release.

Search On For Inmate Who Walked Away From Indiana Prison

State prison officials say 28-year-old Charles Adams was determined to be missing Sunday night from the dormitory that's outside the maximum-security area of the Pendleton Correctional Facility.