Environmentalists React To Holcomb's State Of The State Address

Environmentalists are concerned with Gov. Eric Holcomb’s nod to “clean coal” in his State of the State address earlier this week.

In a roughly 26 minute speech, Holcomb’s comment on energy policy was brief — about 30 seconds. He says coal is necessary to keep Hoosiers employed and factories running.

Coal has gotten cleaner, in part, by installing pollution controls at power plants, but the fuel still typically releases more toxic and greenhouse pollution than other forms of energy, including natural gas.

“Clean coal is perhaps one of the biggest oxymorons of our day,” Olson says.

Olson also says Indiana has been in a negative spotlight lately when it comes to environmental issues, like the state’s poor air quality rankings and the lead contamination crisis in East Chicago.

“We sure would like to have a governor who elevates the environment to a matter of importance as far as his agenda goes,” Olson says.

Tags:Eric HolcombCitizens Action Coalitionenergy strategyCoal
Support independent journalism today. You rely on WFYI to stay informed, and we depend on you to make our work possible. Donate to power our nonprofit reporting today. Give now. 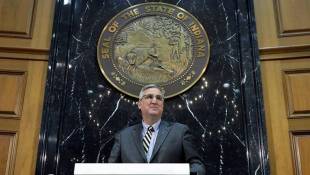 Holcomb: "The State Of Our State Is Sound"

Governor Eric Holcomb used his State of the State address to make another pitch for creating a long-term, sustainable road funding plan. 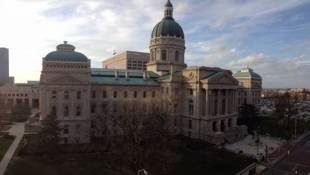 A Senate committee Tuesday approved language that would amend Indiana's constitution to require the General Assembly to pass a balanced budget.