SOUTH BEND, Ind. (AP) — A relaxing day at the pond doesn’t always result in pulling a fish out of the water.

For a small group of area enthusiasts, there’s nothing better than spending a breezy, warm day down at Pinhook Lagoon in South Bend or maybe Fidler Pond in Goshen testing their skills and the capabilities of their radio-controlled sailboats.

Though large fleets have built up in Chicago, New York and other cities in this country and abroad, the Michiana R/C Yacht Club was only organized a few years ago and has slowly grown to four active members.

In larger cities, radio-controlled sail boating might be associated with a country club or yacht club, whose members might be interested in joining such groups to build additional camaraderie or to express their competitive zeal.

There even are organizations such as the American Model Yachting Association that promote the hobby by organizing events and publishing a magazine and newsletters, among other things.

In Sarasota, Fla., the model yacht club has about 135 members that gets together at Nathan Benderson Park throughout the year to race their single-class boats, said Richard Lomax, who until recently served as managing editor of Model Yachting magazine.

But the Michiana R/C Yacht Club is different.

Most of the members don’t actually own full-size boats, there’s no home marina and there’s little formalized racing, except when someone calls out a challenge like pushing in a plastic bottle that might be floating in the pond or playing fetch with notched pieces of wood.

Radio-controlled yacht clubs that focus on racing generally require members have the same type of boat so that most of the difference between winning and losing is the result of the skills of the skipper — or the person operating the controls of the transmitter that relays signals to the rudder and sails.

The members of the Michiana club have an assortment of boats, many of which they hand-built in their workshops using patterns and parts available on the internet. “You can spend as little or as much as you want,” said Andy Baum, 64, of South Bend.

Baum got into the hobby while searching for something that his son could do outdoors after he was injured in an automobile accident more than 10 years ago. “It didn’t stick with him, but it stuck with me,” he said.

And then Baum found John Schall, 69, of Niles, sailing his radio-controlled sailboats at Pinhook. The two struck up a friendship over their common interest, and eventually the club was formed.

Other members such as George Jewell, 73, of South Bend, also came about the club — almost by accident — while driving by Pinhook about three years ago and noticing the activity, which Baum describes as almost therapeutic.

“It’s a good way to forget problems at work,” he said. “You get outside on a nice day, and all of your focus is on controlling the boat.”

Though the club is currently peopled by four retired men, members are hoping to expand their circle and interest in the hobby.

“Anyone is welcome to join,” said Baum, while showing off features of his hand-crafted boat in Jewell’s workshop. “I’ve taught children, and they pick it up almost instantly.”

In Sarasota, the radio-controlled club tends to attract members because of its prominent location in a popular park and the fact that many of the city’s residents are transplants from other states who are looking for something to do, Lomax said.

“It’s a good way to build friendships and camaraderie,” Lomax said. “It’s a relatively inexpensive hobby that almost anyone can do.”

Members of the Michiana R/C agree with that assessment, adding that the hobby just requires a bit of hand-eye coordination to operate the toggles on the remote that control the boat’s rudder and play in the sails.

The cost to buy or build a decent remote-control boat can run anywhere from just over $100 to several hundreds of dollars. Most of the men in the Michiana R/C Yacht Club built their own boats using kits or patterns sold on the internet, but there are also boats available that require minimal assembly.

“You don’t have to be highly skilled or have an extensive workshop to build your own,” said Baum, who has continued adding to his 1/24th scale cargo schooner for several years now and believes he might continue adding details for years to come.

Baum still wants to add a lifeboat, furniture and lights to the boat, which he envisions moving cotton and timber along the East Coast at the turn of the last century. That boat — named Nancy Katherine for his wife — is all about the details, even down to the nautical knots.

Though the schooner is meant to be used, Baum has a couple of others that he also sails, but the Nancy Katherine is the one that often draws the attention of passersby.

“Andy’s boat is the advertising for the club,” said Schall, who’s considered the MacGyver of the group because of the know-how he’s gained building and sailing remote-controlled boats for 50 years. I focus on speed and maneuverability.”

Other members of the club fall somewhere in between Baum and Schall, mostly just out to sail and enjoy the camaraderie of a good day at the pond – or in the workshop.

“We like to build things and do things,” said Jewell, who said a solo day sailing at a pond isn’t as good as enjoying it with others.

That’s why the group is looking for new members - people of all ages who might enjoy the relaxation and friendships that can be built on the water’s edge.

Tags:Michiana R/C Yacht ClubGoshenSouth Bend
Support independent journalism today. You rely on WFYI to stay informed, and we depend on you to make our work possible. Donate to power our nonprofit reporting today. Give now. 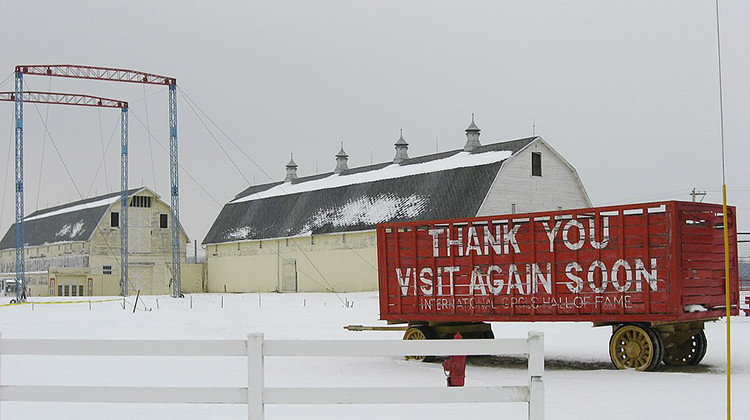 A historic barn that once housed elephants and tigers from well-known circuses and now is home to the International Circus Hall of Fame museum is in need of emergency repairs.
Read More 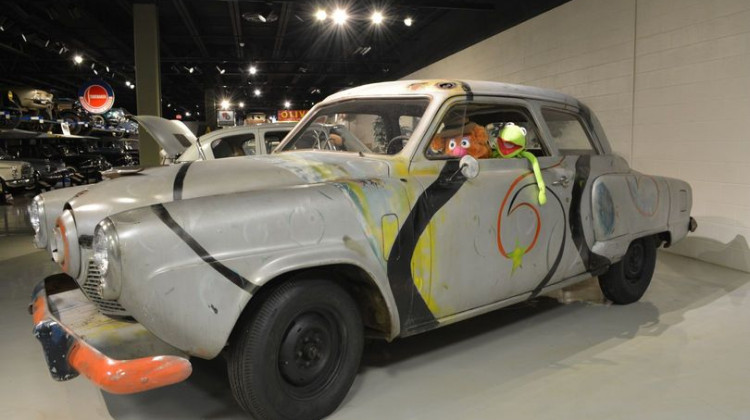 The Studebaker National Museum harbors a bullet-nosed car that Dr. Teeth and the Electric Mayhem — that woolly-headed band of textile rockers in “The Muppet Movie” — once gave a psychedelic paint job.
Read More

NCAA Tournament scheduled to go on as planned

The NCAA men’s and women’s basketball tournaments are scheduled to go on as planned amid a rise in postponements and cancellations.
Read More