The governor’s first executive order of the year will ease restrictions on hours of service for truck drivers who deliver the fuel.

And after a challenging planting season due to spring flooding, the lack of propane is hurting many farmers even more. Farmers rely on propane to dry out grains before they can store and sell it.

“In Indiana, the governor is being proactive. He’s seen this happen before in the state, and so just to be one step ahead,” says White.

The executive order is in effect until Dec. 2 unless the governor extends or ends it early.

Tags:propanepropane shortageEric Holcombexecutive orderAgriculture
At WFYI, our goal is to cover stories that matter to you. Our reporting is rooted in facts. It considers all perspectives and is available to everyone. We don't have paywalls, but we do need support. So if unbiased, trusted journalism is important to you, please join us. Donate now. 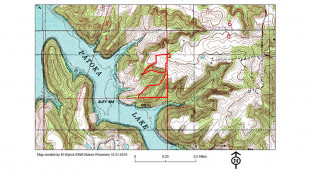