Teenage sisters Alexis Dick and Kylie Robertson both want to be doctors or nurses when they grow up. Or maybe even obstetricians. (“I want to deliver babies or something like that,” says Alexis.)

But, they know there’s one thing that could derail their dreams of medical careers: getting pregnant in high school.

“I’d have to be taking care of [a baby] 24/7,” says Kylie. “I wouldn’t be able to do anything or go to college unless someone’s looking after it.”

Teen pregnancy rates have dropped nationally, but in the small town of Frankfort, Indiana, where these young women live, it’s still a real risk. Teen pregnancy rates in Clinton County are three times the national average. The girls’ mom had them both when she was a teenager, and they have close friends who’ve become parents as teens.

And that’s why community leaders there applied for federal funding to upgrade the school district’s sex ed programs with the hope of bringing down their teen pregnancy rate.

But as Congress fights over the federal spending bill due this Friday, the funding—part of a federal grant program aimed at preventing teen pregnancy—is at risk for getting cut. Frankfort is one of 81 grantees around the nation counting on the $101 million dollar pool of money, part of the Teen Pregnancy Prevention Program. It’s been funding evidence-based sex ed curricula since 2010.

Last year, Frankfort health advocate Carol Price teamed up with health educator Esmeralda Cruz, and applied for a federal grant to implement a new comprehensive sex ed program for Franklin schools. And in July, they were awarded $3.7 million to do it.

“We see the need and we want to fix it. We want to do something about it,” says Price. “When I think of teens expecting a baby, being pregnant, what happens is immediately, those young people diminish their opportunities.”

And their community supported the idea, even though comprehensive sex ed includes discussion of both abstinence and birth control. It also teaches teens about the emotional and social components of sex.

“When Carol and I started this endeavor, we weren’t sure what the community buy in was going to be,” says Cruz. “And we’ve been very pleasantly surprised that the whole community sees that we need to do something.”

Though there’s local support, advocates for teen pregnancy prevention fear Congress might gut the grant program. This summer the House voted to eliminate funding for the program and the Senate proposed cutting it by 80 percent. Those proposed cuts didn’t happen, but they set the tone as congress debates the spending bill, this week.

Rachel Fey, Director of Public Policy at the National Campaign to Prevent Teen Pregnancy says cutting the program would be short-sighted because teen pregnancy costs society a lot of money—over $9 billion a year by her organizations’ estimate—and contributes to many other social problems.

“Teen pregnancy is upstream of a lot of other things that we’ve been trying to address, whether it’s poverty or educational attainment, maternal-infant health, reducing abortion,” says Fey. “All of these things can be accomplished by driving down teen pregnancy and teen child-bearing.”

In Frankfort, Cruz and Price are crossing their fingers, which is about all they can do while congress works out the federal budget. But Cruz and Price say grant or no grant, their community is committed to preparing their young people for impressive futures.

Tags:Indianasex educationteen pregnancyFrankfortClinton County
Support independent journalism today. You rely on WFYI to stay informed, and we depend on you to make our work possible. Donate to power our nonprofit reporting today. Give now. 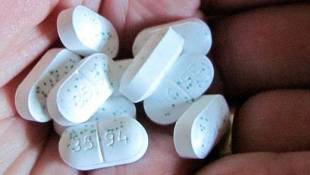 In the last few years, new medications have come on the market that can cure hepatitis C with a more than 90 percent success rate, but for some people on Medicaid, actually getting that cure can be difficult.