A 10-year-old transgender girl’s lawsuit to allow her to keep playing softball has won a preliminary injunction from a federal court. But the scope of the injunction issued Tuesday is up for debate.

The decision was based on two fairly recent rulings – Bostock v. Clayton County, Georgia and Whitaker v. Kenosha Unified School District No. 1 Board of Education. Both cases extended the prohibition of discrimination on the basis of sex to transgender and queer identities.

And while the 2020 Bostock decision expands federal civil rights protections “on the basis of sex” to gay and transgender employees, Judge Jane Magnus-Stinson said in her decision there is a history of using the discrimination protection in employment laws to help define equal protection in other applications.

“Applying Bostock and Whitaker – both of which are binding on this Court – to the facts of this case leads to a result that is not even a close call: [the student] has established a strong likelihood that she will succeed on the merits of her Title IX claim,” Magnus-Stinson wrote.

She wrote that to comply with Indiana’s law, HEA 1041, Indianapolis Public Schools would be required to break federal law by discriminating against transgender girls, on the basis of sex.

“And, notably, [the ban] does not prohibit all transgender athletes from playing with the team of the sex with which they identify – it only prohibits transgender females from doing so,” Magnus-Stinson wrote. “The singling out of transgender females is unequivocally discrimination on the basis of sex, regardless of the policy argument as to why that choice was made.”

“So any school system in Indiana now, that has transgender girl athletes wanting to play girls sports is going to have to look at this and recognize that what this court has indicated is that is illegal under Title IX,” Falk said.

READ MORE: 'A solution in search of a problem': Lawmakers may vote to overturn trans girls sports veto Tuesday

Magnus-Stinson wrote in the preliminary injunction that removing this girl from her softball team or forcing her to play with boys would cause irreparable harm.

Falk said other than a few school administrators and teachers, this student has lived her life as a girl since she was 4-years-old.

“And the idea that the General Assembly was going to put upon her the duty to basically out herself to everyone in the world including her peers, that she was not quote-un-quote a real girl, is appalling,” Falk said.

Falk also called for transgender students and their families in similar situations to reach out to the ACLU of Indiana – emphasizing, in his view, the preliminary injunction shows federal law offers protection for students.

In a tweet, Attorney General Todd Rokita said the preliminary injunction only applies to this particular student’s case and his office would “defend this law and to protect Indiana’s K-12 students.”

Tags:IPBtransgender athletesLGBTQ rightsIndianapolis Public SchoolsACLU of Indiana
Support independent journalism today. You rely on WFYI to stay informed, and we depend on you to make our work possible. Donate to power our nonprofit reporting today. Give now. 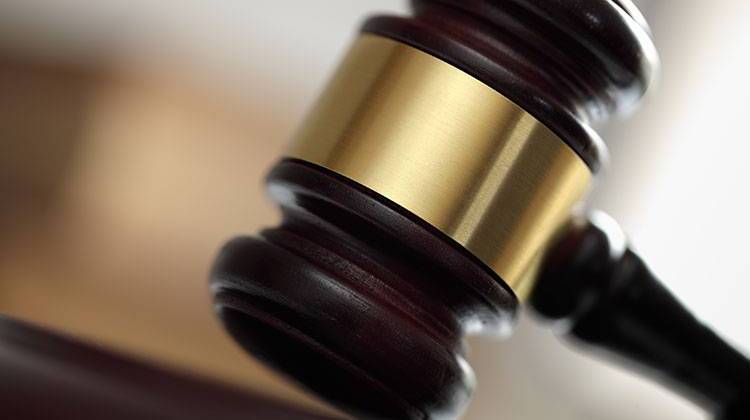 A retired Jimtown High School sociology teacher admitted to grabbing a 15-year-old student and slapping him across the face in a school hallway. He was originally fired by the Baugo Community Schools, but the school board approved his retirement shortly afterward.
Read More