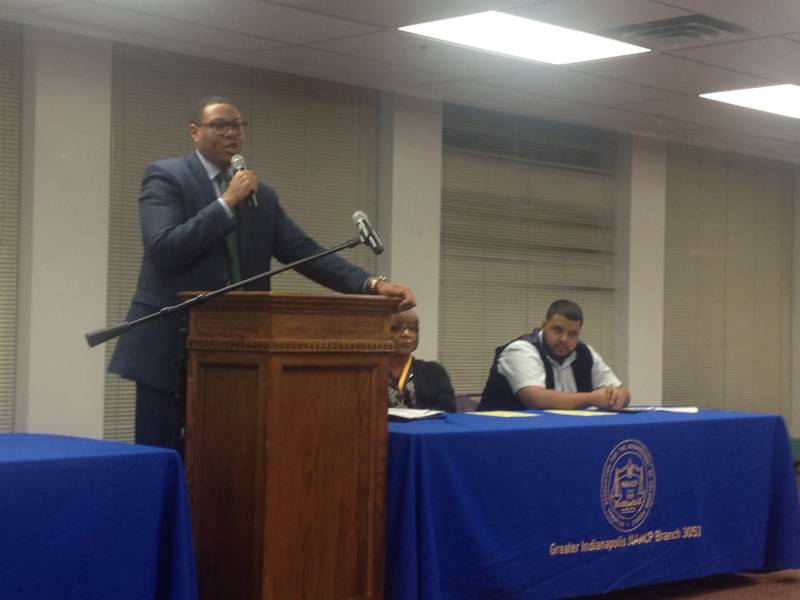 Those who spoke, including a Democratic state lawmaker, criticized district leadership for a lack of transparency and warned of impending privatization in the district because of a state law championed by Ferebee and Indianapolis Mayor’s Office.

Many said they felt like IPS leaders were charging ahead with a plan, without first seeking community support, to place mostly minority children in schools with academic models lacking a long record of success.

Ferebee, at times seeming frustrated with the tone of questions, pushed back on the accusation of privatization and other claims, even going as far to declare: “I have no other mission, no other agenda than to give our children a better education… Nobody has given me any money, nobody has planted me here.”

The forum at the Julia M. Carson Government Center, attend by dozens of parents and community members, showed the steep challenge Ferebee and district leaders face in just explaining the complex nature of their school autonomy plan, let alone changing minds about the reasoning for it.

The superintendent, now in his third year at the helm, has repeatedly said the “status quo” of IPS has failed students. Two years ago 42 of IPS’ 69 schools were rated in the D or F category by the state because of low test scores. Eighteen schools were graded as A or B.

Today the district is rated a D on the state accountability scale.

“We can not stand by the wayside as our children go to failing schools, are not prepared to leave us and be prepared to take care of themselves and their families,” Ferebee said. “I make no apologies for those strategies and efforts to improve those outcomes because our children deserve those same opportunities as everyone else.”

When audience members mentioned examples of failed charter schools, Ferebee told them not to waste time debating whether traditional or charter schools were superior.

But many asked why those changes were needed at all and who held ultimate authority over new companies soon expected to run some IPS schools.

“It it going to be different? Is it going to stop the school-to-prison pipeline,” one man asked. “Who does it benefit? You or the students?”

Ferebee said principals would be able to provide more learning time or resources by making their own decisions based on student needs. But those principals who held a track record of underperformance would be removed from the school.

Perhaps, Ferebee continued, those long-struggling schools would be restarted under a different teaching model, such as the former Francis Scott Key School 103 now run by Phalen Leadership Academy charter operator.

The IPS School Board, he continued, could then vet companies or other partners to run existing schools or start new schools within the district.

“I don’t understand why that is an issue for us because most of the people who have ability to make a decision to send their child to another school do so. But a lot of our families rely on us as their only option,” he said. “And if that option is not serving them well, we have to do things differently.”

But State Rep. John Bartlett, D-Indianapolis, saw another outcome of the changes. Speaking from the audience, he said that Public Law 1321 -- a 2014 law supported by Ferebee to let IPS partner with outside companies to manage or create district schools --  would “dismantle the public school system.”

“And we are using IPS for the model, in my opinion,” He said, adding that the law will lead to creation of more charter schools and thus less state funding for IPS. “I am no lawyer but I am a lawmaker.”

He questioned why Ferebee should even be paid as superintendent anymore, if all schools would become self-directed.

Holding accountability for all schools, Ferebee said, would be his focus.

Williams said there was lack of data to show the model worked. Yet Ferebee said the IPS model was unlike any in the country.

“At the surface we agree with them,” Williams said about the need to improve schools. “But not with this model.”

The IPS Board of Commissioners recently approved a “framework” to decentralize power from the central office and shift the bulk of decision making and budgeting to principals. It also calls for select principals at high performing schools to form their own nonprofit 501(c)(3) organization to manage the school outside of the district’s basic structure, such as length of school day, and collective bargaining for staff.

Tags:Indianapolis Public SchoolsLewis FerebeeGreater Indianapolis NAACP
Support independent journalism today. You rely on WFYI to stay informed, and we depend on you to make our work possible. Donate to power our nonprofit reporting today. Give now. 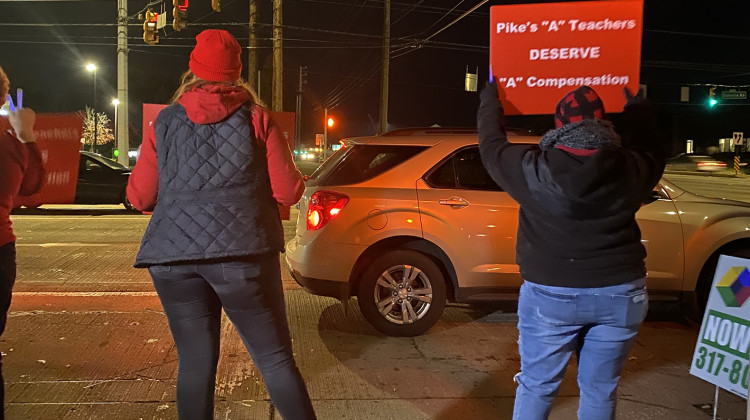 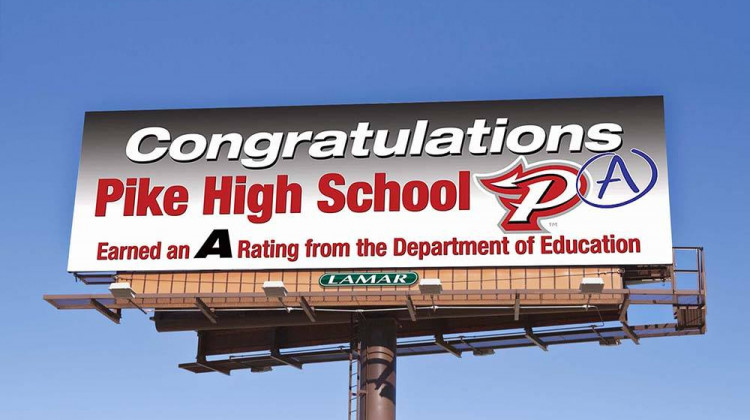