Fifth Night Of Protests In Indianapolis Ends Without Confrontation

Black Lives Matter protests continued in Indianapolis for the fifth night Tuesday and ended peacefully without police confrontation, despite many protesters marching well past a 9 p.m. curfew.

From mid-afternoon until about 10 p.m., two peaceful demonstrations started at Monument Circle and wound around downtown. Protesters and police encountered each other on the steps of the Statehouse, but there was no violence on either side. As protesters continued to march past the curfew, police waited at intersections, but purposefully did not block or arrest protesters.

Elder Coleman led the crowd in chants several times. He says they want to see increased training and better policing of black communities.

“We also want officers who have unjustly murdered and executed persons to be arrested and tried,” he says. 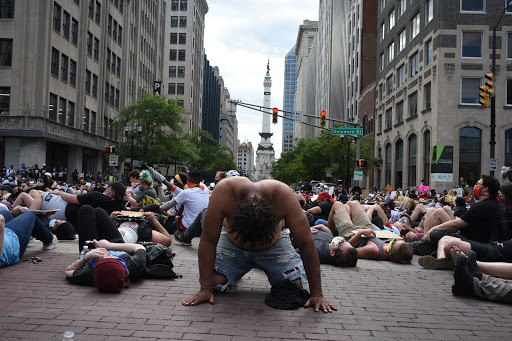 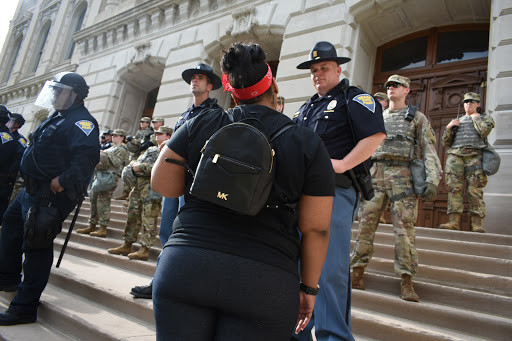 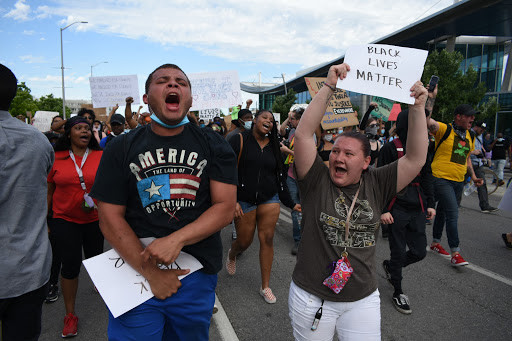 Tags:Black Lives MattercurfewIndianapolisprotestsracial justice
Support independent journalism today. You rely on WFYI to stay informed, and we depend on you to make our work possible. Donate to power our nonprofit reporting today. Give now.