A few hundred gathered first at the Indiana Statehouse to protest officer-involved shootings. The event was organized by Black Women In Charge – a group of six college and high school students focused on community organizing and ending systemic racism.

The group’s Yasmine Anderson says the goal was to shift the focus of protests on legislation.

"The focus recently has been on one, protesting, which is great but its not all you can do," she says.

“I am Dreasjon Reed” followed by “I am George Floyd” and “I am Trayvon Martin” and others. pic.twitter.com/zaOuZCePQv

Catchings says it is important for public figures to encourage people to vote.

"But you’re going to be the ones that are going to lead this charge and lead us into that next generation, and we need you guys to step up," she says.

“Accountability builds commitment. We need to hold ourselves accountable in our own community. Have that conversation that will lead to change," Jordan says. "Right now history is happening. The question becomes, for all of us, what part of history will you play?”

Butler Univeristy head coach LaVall Jordan speaking now. “There’s a pain that will turn into a passion that will lead us to action.” pic.twitter.com/9NltloPPND

At both the War Memorial and Statehouse, volunteers were set up to register people to vote. Organizers urged young protesters not only to register to vote, but also to volunteer as poll workers. For the May primary, Marion County had 22 vote centers open. During the 2018 election, Marion County had nearly 650,000 registered voters. It usually has more than 250 vote centers.

Catchings has been outspoken in the past against police brutality, joining former NFL quarterback Colin Kaepernick’s protest of taking a knee during the national anthem.

Catchings, Hill and Jordan will be joined by other community and faith leaders during the demonstration. 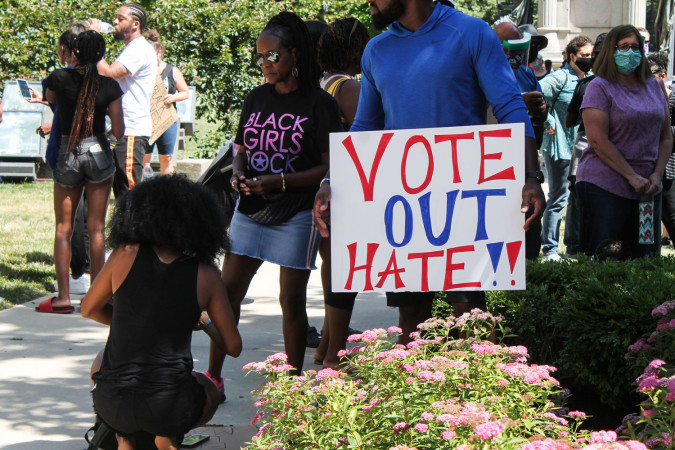 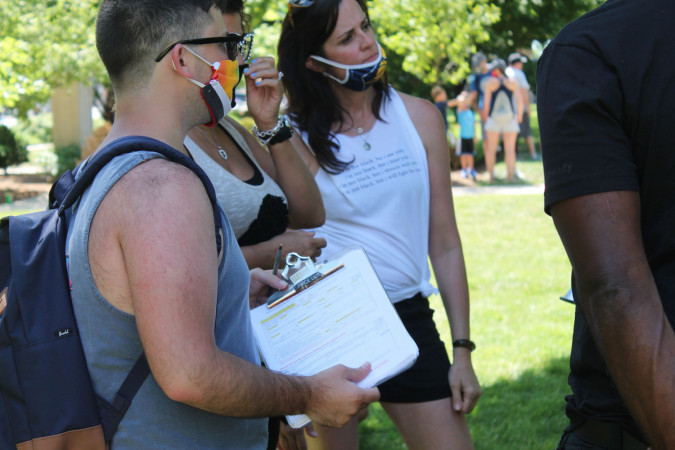 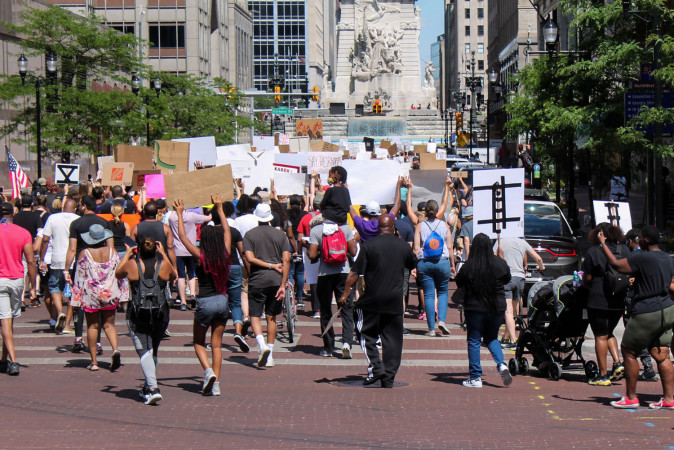 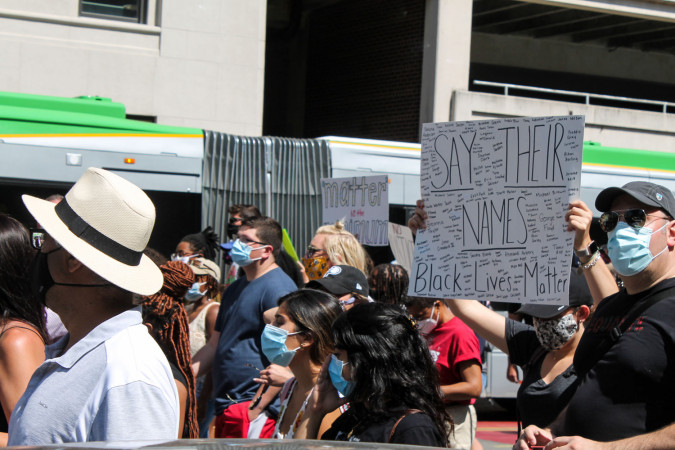 Tags:Black Lives MatterButler UniversityNBATamika CatchingsWNBAracial justicevoter registration
Support independent journalism today. You rely on WFYI to stay informed, and we depend on you to make our work possible. Donate to power our nonprofit reporting today. Give now.